Shepherd ‘superb’ for AAA St. Paul, eying another shot at the Big Leagues

by BO BRUMFIELD
in Sports
Share on FacebookShare on Twitter
ST. PAUL, MN — According to a Minnesota newspaper, former Lawrence Co. standout Chandler Shepherd, a Louisa native, was magnificent on the mound Tuesday night with seven shutout innings and only allowed two hits as the Triple A St. Paul Saints blasted the Indianapolis Indians 16-1 on at CHS Field in front of 6,239. 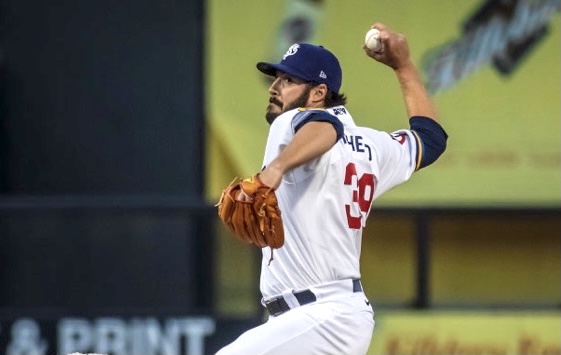 Shepherd improved to 5-4 on the season didn’t allow a hit until the fifth and walked only one in that span and struck out four.

The Saints a farm club of the Minnesota Twins are 38-34 on the season which puts them in third place and only 4.5 games behind Omaha.

This is his first year with the Twins affiliate after being drafted by the Boston Red Sox and made it to the Major Leagues with the Baltimore Orioles.

'MEET THE DAWGS' SET FOR AUGUST 5 AT LUKE VARNEY STADIUM