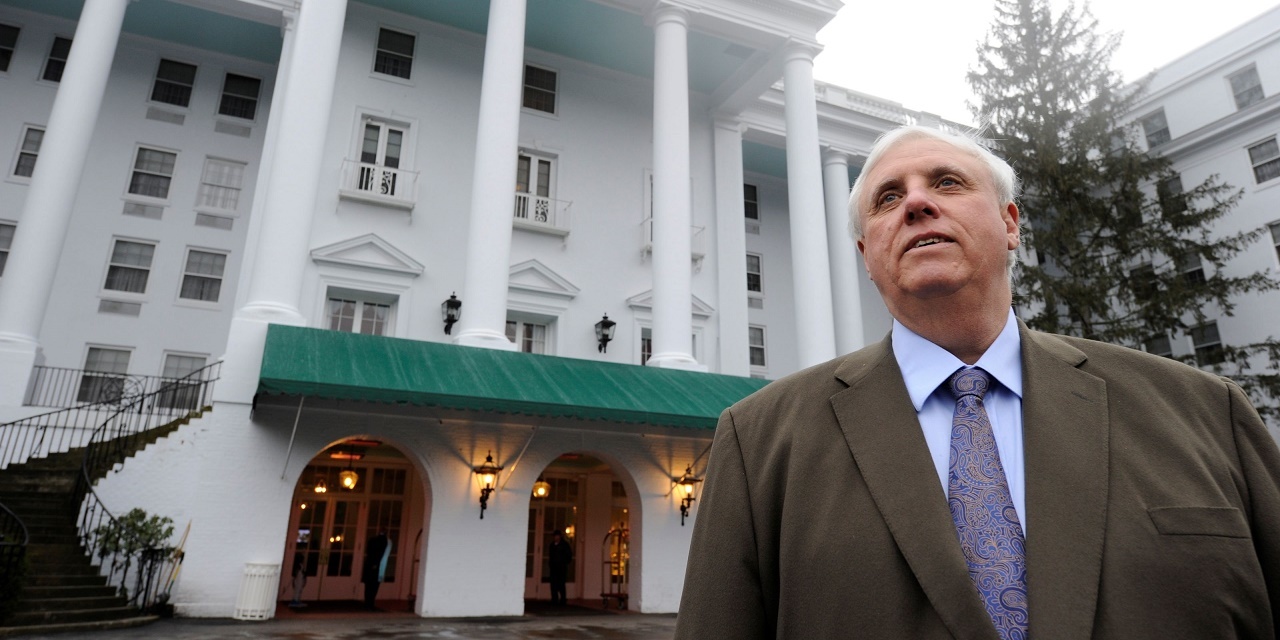 MARTINSVILLE, Virginia – A Virginia-based bank being sued by West Virginia Gov. Jim Justice has filed claims to more than $58 million from Justice and his wife because of personal guarantees they signed.

Carter Bank & Trust filed two Confessions of Judgment in the Circuit Court of the City of Martinsville signed by Jim and Cathy Justice. They are dated July 6 and say the loans are in default.

The first confession says the couple acknowledge a debt of more than $21.3 million to Carter Bank. The borrower listed on the confession is Oakhurst Club, and the Justices are listed as the guarantors.

Confessions of Judgement are written and signed agreements accepting liability in instances of default. If such a confession is filed in court, the debtor doesn’t have to be notified and no hearing has to be held. The borrower also might have given up the right to be heard in court by signing the confession.

Jim and Cathy Justice signed these confessions in the summer of 2020 when the family’s companies restructured debt.

Members of the Greenbrier Sporting Club own property at The Greenbrier resort. Those members have amenities not available to resort guests. Oakhurst Club is a planned development that would feature a golf court, a ski resort and luxury homes.

In May, the Justice family and businesses filed a federal lawsuit against Carter Bank claiming the bank induced the plaintiffs into “technical” defaults and then sought to exercise its rights under the pertinent loan documents, forcing the plaintiffs to sign various loan documents with purportedly unfair provisions.

The bank responded last week, saying the federal lawsuit is nothing more than a stall tactic. It filed a Motion to Dismiss or Change Venue on July 14. The bank seeks to have the case dismissed because of improper venue or at least transferred to federal court in the Western District of Virginia, where it says most of the businesses and people named in the lawsuit are located.

“Plaintiffs filed this case purely as a delay tactic against the repayment of loans they owe to defendant Carter Bank,” one of the latest court filings states. “Collectively, plaintiffs owe Carter Bank hundreds of millions of dollars. Although Carter Bank has worked repeatedly and cooperatively with the plaintiffs over the years in restructuring and/or extending various of the loans, early in 2021 Carter Bank advised the plaintiffs that it would not renew or extend two loans due to mature by their own terms on June 1, 2021. …

“Despite having agreed in numerous documents not to sue Carter Bank, let alone in West Virginia, the plaintiffs filed, on the afternoon of Memorial Day, the day before these two loans matured, a complaint in this court making numerous conclusory allegations of bad faith, breach of fiduciary duty, overreaching, and stonewalling.”

The filings say the Justice entities claim the bank somehow induced the plaintiffs into “technical” defaults and then sought to exercise its rights under the pertinent loan documents, forcing Plaintiffs to sign various loan documents with purportedly unfair provisions.

“Despite referencing the many loans Carter Bank extended to them, and the documents that evidence those loans, plaintiffs failed to attach even a single loan document to the complaint,” the filing states. “The reason for this failure becomes immediately clear upon a review of even a handful of the relevant documents: they uniformly contain forum selection clauses pursuant to which the plaintiffs agreed to an exclusive forum in Virginia, not West Virginia.”

The bank says the parties have executed more than 75 loan documents since 2017 that say any legal dispute would be handled in the Circuit Court of the City of Martinsville, Va., or federal court in the Western District of Virginia.

“Plaintiffs are highly sophisticated parties who were represented by sophisticated and experienced counsel during the negotiation of every one of the loan documents and release agreements,” the filing states. “For another, it is not fundamentally unfair to require plaintiffs to prosecute this litigation in their chosen forum, particularly given the fact that almost half of the Justice entities, as well as plaintiff James C. Justice III (‘Jay Justice’) himself, all are located in the Western District of Virginia, all loan documents require the application of Virginia law, and Plaintiffs assert three of their seven claims under Virginia law.”

Justice previously has said the plaintiffs were trying to pay off a large percentage of loans they had with Carter Bank, but has said the relationship soured after the death of bank founder Worth Carter in 2016.

The bank paints a different picture, saying it had worked with the plaintiffs in good faith to extend agreements. The Justice entities owed more than $775 million to Carter Bank at the end of 2016, court document claim.

In a separate federal lawsuit, Justice sued Greensill Capital, another financial institution, claiming he wouldn’t have personally guaranteed $700 million in loans if he were aware of the instability of the lender. Justice, his wife and son, Bluestone Resources, Bluestone Coal Sales Corporation and Blackstone Energy alleging Greensill and other defendants were well aware of the risks of forcing the plaintiffs into engaging in a high yield debt refinancing.

“This bait and switch was indicative of Greensill Capital’s deceptive conduct during the period leading up to its collapse,” that complaint states.

Justice and the other plaintiffs are being represented by Steven Ruby and David Pogue of Carey Douglas Kessler & Ruby in Charleston, Benjamin Beller, Rodgin Cohen and James Bromley of Sullivan & Cromwell in New York and Christopher Schroeck of Bluestone Resources in Roanoke, Va.

Carter Bank and the other defendants are being represented by Booth Goodwin and Carrie Goodwin Fenwick of Goodwin & Goodwin in Charleston, John Lynch, Laura Anne Kuykendall, Megan Elizabeth Burns and Robert Angle of Troutman Sanders in Roanoke and Virginia Beach.

Booth Goodwin ran against Justice in the 2016 Democratic primary for governor. Justice won that election and the general election in the fall before switching to the Republican Party in 2017.