Frankfort, KY – Please see the latest column from Republican Party of Kentucky Chairman Mac Brown on how political gamesmanship with spending could jeopardize recovery from COVID-19:

Political Gamesmanship with Spending Could Jeopardize Recovery from COVID-19 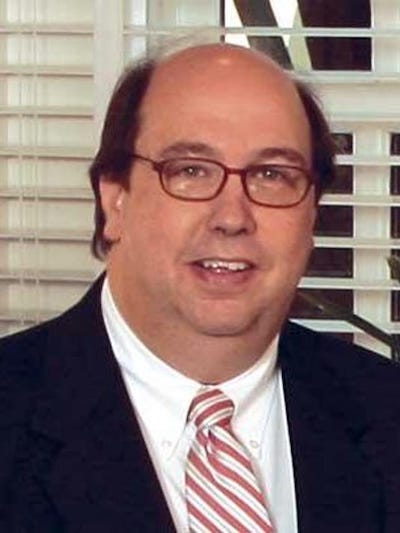 While Gov. Beshear writes in his editorials that he is effectively reaching across the aisle, truth is, a lot more needs to be initiated by his administration and not just responding to the Republican legislative overtures. Further, Gov. Beshear needs to stand up to Democrats in D.C. on their political gamesmanship with spending proposals, and work more closely with Republican lawmakers here in Kentucky to better protect our state’s fiscal foundation.

Since 2016, our state has made tremendous progress in improving Kentucky’s finances due to Republican fiscal management. By increasing private-sector investment over $20 billion, addressing the pension issue and passing this year’s fiscally responsible budget where lawmakers kept classroom spending at an all-time-high, invested more than $5 million in education and placed $958 million into the state’s rainy-day fund, Kentucky is in a strong position as we move forward.

Unfortunately, Gov. Beshear is undoing this momentum by inadvertently paying Kentuckians not to work and by proposing to use federal relief dollars to fund pay raises that add to our annual expenses instead of using this one-time revenue for capital expenditures or shoring up the pension fund.

Meanwhile, in Washington, as negotiations on national infrastructure and other proposals continue, the Democrats are trying to ram through a massive $3.5 trillion bill that grows government and raises taxes on hardworking Americans. The D.C. Democrats’ proposed $3.5 trillion spending spree will further flood our economy with cash which will in turn create more inflation, unemployment and establish a socialistic economy. While the motive to help the less fortunate is good, it must be done in a way that maintains individual ambition and motivation.

Consequently, I contend that both in Washington and here at home, Democrats like Nancy Pelosi and Gov. Beshear are pursuing policies that put our strong fiscal standing and as-yet-fragile economic recovery from the pandemic at risk – and that the governor’s recent budget proposals and spending would only serve to squander our state’s fiscal progress.

On Ronald Reagan’s desk in the Oval Office was a plaque that read; “There is no limit to what a man can do or where he can go if he doesn’t mind who gets the credit.” While this is an ideal concept, in today’s world we can only hope for bipartisanship which is an important element of governing. But bipartisanship requires that all parties respect the concerns of each other and not claim credit for things that are truly the efforts of all parties.

Over the course of the past eighteen months we have united behind initiatives like Operation Warp Speed in developing the fastest safe and effective vaccine in history and the CARES Act shepherded through Congress by Leader Mitch McConnell. And at the state level, legislative proposals to provide much-needed relief for families, businesses and schools hit hard by the pandemic also received bipartisan support.

But unfortunately, Gov. Beshear’s rhetoric that we are “Team Kentucky” and “must work together” is empty. He talks the talk, but does not walk the walk. Or in other words, he is quick to say that we are a team but does not engage the Republican leadership in addressing critical issues. This is why I say Gov. Beshear has followed Pelosi’s lead and quickly returned to political games that hold us back.

All across Kentucky, businesses large and small are struggling to fill vacant jobs. Additionally, families are facing rising prices (+5.4 percent last month) the worst inflation since 1990. This means that families are paying more for the things they need every day, like gasoline and utility bills, or for home prices, cars and trucks and more.

In the face of these challenges, Gov. Beshear and the Democrats need to stand up to Speaker Pelosi and her allies and urge them not to create a socialistic society and torpedo bipartisan compromise by demanding the $3.5 trillion of spending, tax increases and government growth. At the state level, Gov. Beshear needs to end Kentucky’s participation in the temporary federal expansion of unemployment benefits. And finally, I would ask Gov. Beshear to honestly work more closely with Republican lawmakers as they invest the federal relief dollars.

Such an approach would make efforts to continue recovery from COVID-19 truly bipartisan. Then all of us, regardless of party, would truly be able to applaud efforts to come together in the face of challenges, and move beyond COVID-19 to a brighter future.