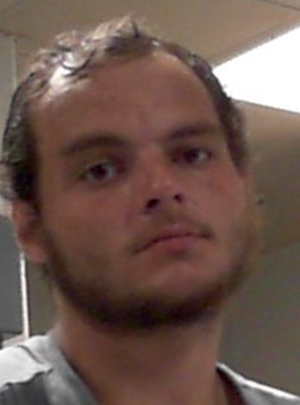 A Fort Gay, West Virginia man was arrested after leading law enforcement on a pursuit in two states, according to the Wayne County Sheriff Department Late Tuesday night.

In a press release statement from Wayne County Sheriff Rick Thompson, they arrested the man, identified as Brandon Lee Fasnacht, 23, who is originally from Louisa, Kentucky; but currently listed address has him living in Fort Gay, West Virginia; was taken into custody after leading police on a chase through three counties while riding a motorbike during fleeing them on forty mile long chase.

The pursuit started around 8:30 P.M. Tuesday night in the Louisa area of Lawrence County, Kentucky after Brandon Fasnacht refused to stop after an attempted traffic, while deputies stated that he was driving a Kawasaki Ninja sport bike motorcycle.

The Lawrence County Sheriff’s Department and Louisa Police Department pursued Brandon Fasnacht as he fled to Boyd County and then to the Kenova area of Wayne County, West Virginia.

The Wayne County Sheriff Drug Enforcement Unit then shut down US Route 52 between Kenova and Prichard. This forced Brandon Fasnacht to go down a dead end road.

Wayne County deputies say the pursuit ended at a gated fence at the dead end of the road.

Brandon Fasnacht was taken into custody and charged with fleeing and driving suspended. Investigators also recovered a handgun from Brandon Fasnacht; where upon he was arraigned in the Wayne County magistrate court, and was transported to and lodged in the Western Regional Jail in Barboursville, West Virginia, in Cabell County.

More charges are expected to be filed against Brandon Fasnacht by the Lawrence County Sheriff’s Department during sometime Wednesday.

Sheriff Rick Thompson stated that a suspect was arrested after a vehicle pursuit in two states.

The Wayne County Sheriff Drug Enforcement Unit was able to shut down US RT 52 between Kenova and Prichard and forced the suspect to go down a dead end road. The pursuit ended at a gated fence and the suspect was taken into custody. A handgun was recovered from the suspect.

Sheriff Thompson stated that the suspect was driving a Kawasaki Ninja sport bike.

Brandon Fasnacht is charged with Fleeing- Vehicle,  No Insurance,  and Driving Suspended.

The Lawrence County Sheriff’s Department will be filing charges as well.