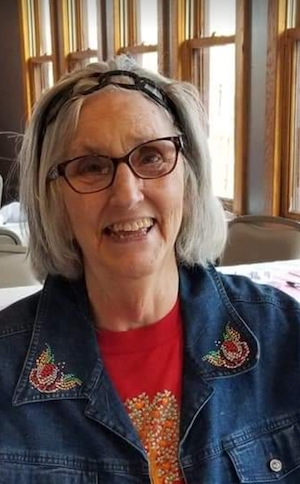 Kay was born May 1, 1946 in Louisa, KY to the late Elliott and Dolly (Hammond) Preston, Jr. In addition to her parents, she was preceded in death by her granddaughter Marinda Kaye Perry and siblings Barbara Sue Falls, Rondle Preston, Colonel Preston, Freddie Preston, Jewel Preston, and Richard Scarberry.

Kay loved her grandbabies and her great grandbabies. They were the light of her life and a constant source of joy. Kay attended Faith Baptist Church. She was the former owner of Daisy Patch florist and was a dietary aide for many years at the Jordan Center.

Funeral services will be conducted Tuesday, July 13, 2021 at 2:00 PM in the Young Funeral Home Chapel with Brother Todd Webb officiating.

Young Funeral Home has been entrusted with the care of Mrs. Branham and her family.