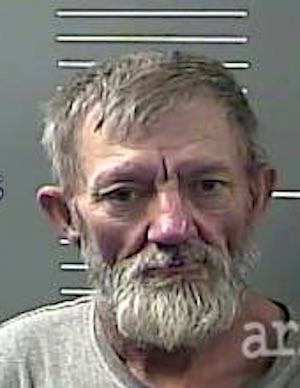 MURDERED; WHILE UNDER FRESHLY INDICTED: CARL DOUGLAS DANIELS, 58, OF TOMAHAWK, KENTUCKY; WAS FOUND DEAD IN LAWRENCE COUNTY, ON TUESDAY, JULY  6, FIVE DAYS AFTER HE, HIS TWO SONS, AND A WOMAN WERE INDICTED TOGETHER BY A GRAND JURY IN MARTIN COUNTY.
A man from Martin County who was found dead in southern Lawrence County on Tuesday, died as a result of a homicide, according to state police.
According to a press release from the Kentucky State Police, Post 14, in Ashland, KY., on Tuesday, July 6, 2021, the Kentucky State Police Post 14 received a request for assistance from the Lawrence County Sheriff Office, after a man was found deceased in the Peach Orchard community of Lawrence County, near State Route 2033.
KSP troopers and detectives responded to the incident scene.
The deceased man was identified as Carl Douglas Daniels Sr., 58, of Tomahawk, KY., which is in Martin County. Evidence at the scene suggested foul play, and an autopsy was scheduled for Wednesday, July 7, 2021, at the state coroner’s office in Louisville, Kentucky.
The preliminary autopsy findings revealed that Carl Daniels died as a result of a homicide. State Police officials did not reveal what was the exact cause of Carl Daniels death via homicide.
The Carl Daniels Sr. murder case remains under investigation by KSP 14 Detective Jeff Kelley.
Carl Douglas Daniels Sr. was a well known habitual criminal offender in his native Martin County; and he had a very long crime record wrap sheet of his various offenses. Carl Daniels Sr. had been arrested at least 17 times since December 2002, all in Martin County or Lawrence County, on a numerous range of charges.
Coincidentally, Carl Daniels Sr. was indicted by a Martin County grand jury last week, on Thursday, July 1, along with two of his sons, Carl Douglas Daniels Jr., 36; Matthew S. Daniles, 30; along with Stephanie Ann Howell, 36; all of Tomahawk, Ky.,
All four of them were indicted together on First-Degree Trafficking Of Greater than 2 Grams of Methamphetamine, Unlawful Possession of Methamphetamine Precursor, and Possession/Use of Drug Paraphernalia. Carl Daniels Jr., Matthew Daniels, and Stephanie Howell were all three also indicted on Persistent Felony Offender in the First Degree.
All four were inflicted on charges stemming from their arrest on April 21, 2021; by Martin County deputy sheriff Lauren O’Bryan;  they were accused of acting alone or in complicity with each other, having approximately 17.989 grams of methamphetamine, $492 in cash, two digital baggies, multiple baggies, a combination of drug products containing pseudoephedrine, 60 dosage units of pseudoephedrine, a loaded syringe, and multiple altered pipes.
In a strange coincidence, both Carl Daniels Jr. and Stephanie Howell were arrested in Martin County on the drug indictment charges, plus both also were wanted on unrelated indictment charges for Burglary, 1st Degree & Persistent Felony Offender in the First Degree, just a few hours after the discovery of Carl Daniels Sr. body in Lawrence County.
Carl Daniels Sr. other son, Matthew S. Daniels, was arrested in Fayette County, Ky., by the Lexington Police Department, on Tuesday June 29; on outstanding court bench warrants, where he was brought back to and lodged in the Big Sandy Regional Detention Center in Paintsville, Ky., in Johnson County, on Thursday night, July 1;  the same day as his indictment was unsealed.
Carl Daniels Jr., Matthew Daniels, and Stphanie Howell all have major criminal histories themselves as well; with Carl Daniels Jr. having been arrested at least 46 times since June 2004; Matthew Daniels arrested at least 25 times since December 2012; and  Stephanie Howqell arrested at least 27 times since January 2005. All three together on a triple digit number of criminal and violation charges; and the vast majority of them in Martin County.
Carl Daniels Jr. Matthew Daniels, and Stephanie Howell are all currently being held at the Big Sandy Regional Detention, with the trio’s bond all individually set at $20,000 full cash only. 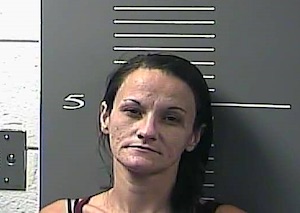 COINCIDENCE? OR A CONNECTION? CARL DOUGLAS DANIELS JR. (PHOTO TOP), ALONG WITH STEPHANIE ANN HOWELL (CENTER PHOTO); WERE ARRESTED IN MARTIN COUNTY ON INDICTMENT CHARGES FROM MARTIN COUNTY JUST HOURS AFTER THE DISCOVERY OF CARL DANIEL SR. BODY IN LAWRENCE COUNTY; WHILE HIS OTHER SON MATTHEW S DANIELS WAS ARRESTED IN FAYETTE COUNTY, KY. IN THE END OF JUNE. 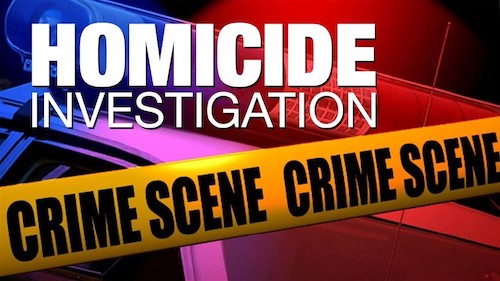 Lowmansville KY. (July 7, 2021) – On Tuesday, July 6, 2021, Kentucky State Police Post 14 received a request for assistance from the Lawrence County Sheriff Office, after a man was found deceased in the Peach Orchard community of Lawrence County, near State Route 2033.

Troopers and detectives responded to the scene.

The decedent was identified as Carl Daniels DOB: 1/26/1963. Evidence at the scene suggests foul play and an autopsy was scheduled for Wednesday, July 7, 2021.  Preliminary autopsy findings revealed the man died of a homicide.

This case remains under investigation by KSP Detective Jeff Kelley.