Sheriff Rick Thompson stated that a woman from Montana was arrested today after the Wayne County Sheriff Drug Enforcement Unit conducted a traffic stop. The Kenova Police Department assisted on the stop and search of the vehicle.

A K9 indicated the presence of controlled substances in the vehicle. A distribution quantity of Methamphetamine was found concealed in false cans in the cab of the vehicle. A magnetic box was also seized during the stop.

Michelle Kelly is charged with Possession with Intent to Deliver and Pseudoephedrine Altered.

Sheriff Thompson stated that the Huntington Police Department also assisted on the stop. 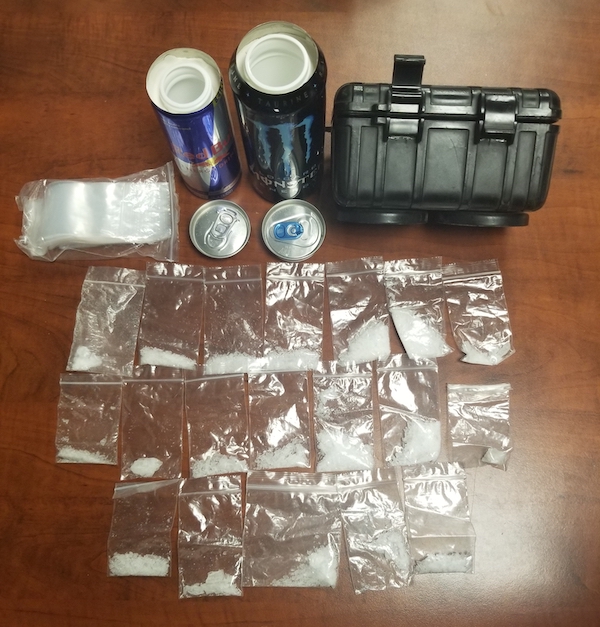