SUSPECTS CAUSED ANOTHER VEHICLE TO RUN OFF THE ROAD BEFORE THEY STOPPED THEMSELVES; FLEEING ON FOOT & THEN FOUND HIDING IN BARN 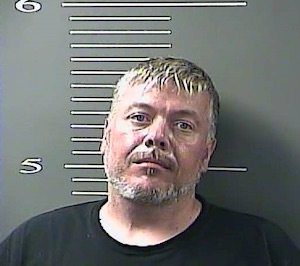 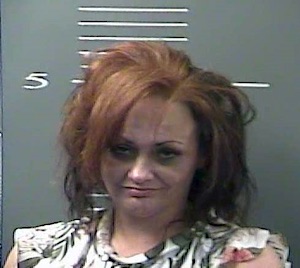 FLOYD COUNTY CARJACKERS JASON L. HAMILTON, 44, AND STEPHANIE HAMILTON, 42, WERE ARRESTED AFTER PURSUIT BY POLICE, AFTER THEY STOLE A RUNNING AUTOMOBILE FROM A LOUISA GAS STATION.

A Floyd County couple is in jail, after allegedly stealing a car from a Lawrence County gas station, then leading police on a vehicle and then a foot chase.

Police were called to the Louisa Zip Zone just before 1:30 A.M. Monday morning, June 28, over a report that a 2018 Dodge Journey had been stolen from the parking lot.

Lawrence County Sheriff’s deputy Chase Kirk caught up with the vehicle on Route 1760 and attempted to pull it over, but it sped away from deputy Kirk instead.

During the ensuing police pursuit, the stolen car occupants forced another car to crash, resulting in minor injuries to the other driver.

The driver, who was later identified as Stephanie Hamilton, 42, of Hi Hat, Kentucky; and the passenger, Jason L. Hamilton, 44, of Teaberry, Kentucky; then abandoned the stolen car in the middle of the road, and fled on foot. They were both later found hiding in a nearby barn and they were arrested.

Both Stephanie Hamilton and Jason Hamilton were transported to and lodged in the Big Sandy Regional Detention Center, in Paintsville, Kentucky.

Both of the Hamilton’s were released from the BSRDC on Tuesday afternoon, June 29; Stephanie Hamilton at 12:51 P.M., and Jason Hamilton at 2:51 P.M.

(An afterword of note: It is illegal in the state of Kentucky to leave your vehicle with the engine running in public, and you actually could be written a citation ticket and given a fine by police, even if your vehicle is running in your home driveway.)