MAN WANTED FOR JUNE 10 ROBBERY OF BANK IN LOUISA ARRESTED IN NORTHEASTERN CORNER OF OHIO; IS EXTRADITED BACK TO LAWRENCE COUNTY….

…BUT GETS BONDED OUT OF BSRDC WITHIN FIVE HOURS (AND IS NOT CHARGED WITH ROBBERY, BUT A LESSER FELONY) 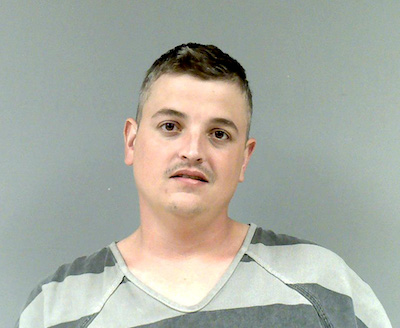 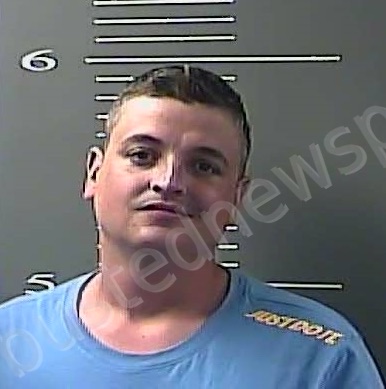 The man local police officials say robbed a bank in Louisa earlier this month was arrested several hundred miles on Thursday; and was brought back to Lawrence County and was then taken to jail. But he was not there very long.

The Louisa Police Department says Seth G. Frank, 33, of Louisa, was taken into custody on Thursday, June 24, in Jefferson, Ohio; which is located in Ashtabula County, Ohio; ten miles south of Lake Erie, and ten miles west of the Pennsylvania state line; in the very northeastern corner of that state.

According to officers, Seth Frank is accused of passing a threatening note to a Citizen Bank of Kentucky employee at the CBK branch in Louisa on June 10 before leaving the bank with an undisclosed amount of cash.

Police found the vehicle belonging to Seth Frank shortly after the bank robbery thanks to tips from the public. An arrest warrant for Seth Frank was issued after the discovery was made.

Law enforcement officials say Seth Frank was to be brought back to Louisa to face charges and would be taken by Lawrence County Jail transport to the Big Sandy Regional Detention Center In Paintsville, Kentucky.

Detective Hunter James of the Louisa Police Department made the very long round trip to bring Seth G. Frank back to Louisa; a five & one-half hour drive each way (11 hours total trip); covering 700 miles round trip via Interstate 71 North (750 miles if you take the Interstate 77 North route).

After he was brought to Louisa, Seth Frank was then transported to the Big Sandy Regional Detention Center in Paintsville in Johnson County, where he was officially booked at exactly 9:00 P.M. Friday night.

But what should have been for a sure lengthy stay, apparently was not as it looks like not only Seth Frank had a pre-made plan, but also a move that will make local residents steamed with disdain for our local judicial system process; as Seth G. Frank was allowed to bond out from jail custody of the BSRDC very early hours of Saturday morning. And also what the why he was able to get out of bond even though he is THE suspect in a bank robbery, is because Seth Frank as of now is not charged with 1st Degree Robbery, or 2nd Degree Robbery; but is currently charged only with: THEFT BY UNLAWFUL TAKING OR DISPOSITION ALL OTHERS $500 OR MORE BUT UNDER /$10,000. 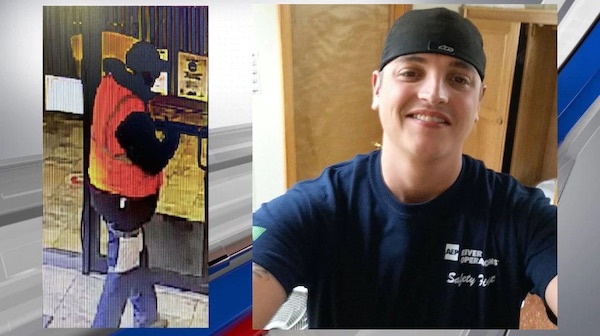 WAS IT HIM? OR SOMEBODY ELSE?

GROWING UP IN LOUISA: Games We Played