GROWING UP IN LOUISA: Farmer Mike!

NOT!! Those who remember me when I was growing up in Louisa, know full well that the evidence is that I was a ‘town boy,’ and knew little of what was mostly rural practices. What you don’t know is that I have memories of the days when I was exposed to gardening. I remember really good eating from the hands of the real gardeners in my life. The first of these remembrances was brought about by way of a lesson given by mom that I will never forget. It was at her hand that I learned the miracle of growing things from tiny seeds. I must have been four or five years old when I objected to eating my vegetables.

Instead of the usual instruction to clean my plate of helpings of peas, greens, and beans, or else, she smiled and purposed to teach me the importance and, indeed even the joy of growing my own food. I don’t know if she was ‘pre-armed’ with some seeds or if she went out and purchased some, but I do recall her taking me by the hand and leading me out the back door of our home on Clay Street. She had me help her break up some soil and smooth it out. Then she gave me a small handful of seeds and showed me how to plant one, then cover it with some dirt. After finishing putting the rest of the small package of seeds in the soil and patting those down she had me pour some water over the disturbed area.

She told me to come back out and check this miniature garden every day. I was to report anything I might see that she, too, could join me in the thrill. It may have taken a week or so, but I finally saw green leafs sprouting along the row of planted seeds. It was my lovely little garden!  Weeks later mom had me brush aside a little of the dirt so I could see the bulbs that the radish plants had grown. One was larger than the others, so mom had me pull the larger radish and take it inside for washing. It was mine and I was ‘allowed’ to eat it! Can you believe it? I was allowed to eat the vegetable!

I was older when we made occasional visits to my Uncle John Walter’s farm up near Catlettsburg. The main house and the outbuildings, including the chicken coop, milk house and big milking barn were maybe a couple of hundred yards uphill from the road. The sloping ground between the road and house was where the Walter’s vegetable garden was laid out. Uncle John’s dairy farm had maybe 60 head or so of cattle. Because of the work entailed, my uncle left the light ‘gardening’ to my aunt and my cousins.

My goodness, this space was filled with rows of sweet corn, green beans, lettuce, squash, melons (including 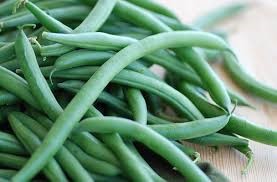 may favorite, watermelon), potatoes, and cabbage. It is likely that many more items were grown there, but memories aren’t always perfect. This field of vegetables added to some great family meals. On the farm these were usually served at mid-day. After our tummies were filled we often took a short nap in the early afternoon. When I was young that seemed a bit like a waste of the day, but considering that the milking had begun well before daylight and would be repeated again at dusk, the nap helped. My aunt, uncle and cousins had worked hard bailing hay, cleaning the equipment and the barn. Depending on the season they cut hay or baled it and put it in the barn loft for the cows. No matter what they had fences to mend, outbuildings to paint, tractors to repair, and if they were lucky they would have time to fish or hunt. They seemed to always have more to do. Today, I have come to understand and fully support the idea of having naps. They make life worth the living.

When I was growing up I had a number of friends and classmates that lived on farms out in the county. It was also common for many folks around town to plant summer gardens. It’s likely that the produce made a big difference in their family’s nourishment. I think that a number of folks who lived in town had gardens that were a continuation of the ‘victory gardens’ practice that people needed during World War II. Those helped feed the troops and the shortages caused by rationing. Others may have done it to save money or out of a habit from their childhood. I remember the tin-roofed shed near the high school bookstore that had canings to put up beans, corn and other crops for the anticipated months ahead. I was very young at the time, but my mom kept ahold of my hand to steer me away from the hot cookers and all the steam. It wasn’t a good place for a boy to be underfoot.

I remember sitting on our front porch helping my great grandmother string beans. Granny taught me how to string them and break them to just the right length. Those beans would taste so good after being cooked and seasoned with a little pork fat. The funny thing was I learned that when I had something vested in the meal that part tasted really good to me. Grocery stores of the time bought fresh vegetables from local farmers and displayed them on the sidewalk near the store’s front door. Later, chain stores came to town and marketed the idea that prepackaged store-bought was somehow better. While most agreed that homemade foods were better, they required work and effort. Even the most reluctant customers gave in and purchased boxes, or cans, produced by the big brands. It became easier and fashionable, to serve stuff that was ‘store bought’ from the ‘Jolly Green Giant.’ Buying bread from a grocery store instead of making homemade bread is an example.

My really good friend, Johnny Bill Boggs, had to work in his father’s garden behind their house on Clay Street, near the lumber yards and stockyards. A few times I got roped into helping with the hoeing, but the hard labor in a blistering sun did little to make me want to have a big garden. After all, vegetables aren’t as tasty as meat, plus I had to work out in that sun. It seemed to me to be hardly worth the effort. Little did I know the importance of fresh vegetables and how those side dishes would make the meal.

Shortly after I met and started dating Suzy I helped her father put out his large garden behind his home. I helped plant a good portion of the space in that dark, rich soil. We planted a lot of sweet corn, but he was famous for his potatoes, onions, and tomatoes. When Suzy and I got a house of our own we put out a small garden of our own. I caught the ‘gardening’ bug. I also learned to keep several rabbit hutches busy producing some meat for the freezer. Finally, I was able to get permission to plant a plot of private land with over a hundred tomato plants, green peppers, broccoli, cauliflower, sweet corn, popping corn, okra, green beans, radishes, sweet potatoes, kale, collards, squash, watermelons, cantaloupes, onions and carrots.

As my family grew we moved to another house and put in grapes, berries, and fruit trees. We also had some chickens and ducks right here in the middle of a city. I had some bee hives and learned to keep those up, too, but not without getting stung a few times. I’ll never forget the time when a chicken broke out one morning and the neighbors, including the City Attorney who was on the way to work, put his briefcase down and joined in the chase. Such squawking and cackles I have not heard since. Anyway, the chase was wildly funny to me. I guess I was lucky they were allowed in the zoning ordinance. I had visions of fines and lost livestock. Farming in the middle of a city wasn’t really a good idea.

Over time we moved again into a neighborhood that we envisioned might not be tolerant of chickens, so we went totally out of the gardening business. We missed having the wonderful, home-grown produce that Suzy turned into such wonderful meals. It was no longer really about saving money, which of course growing your own does, but the flavors that only freshness brings, were sorely missed. 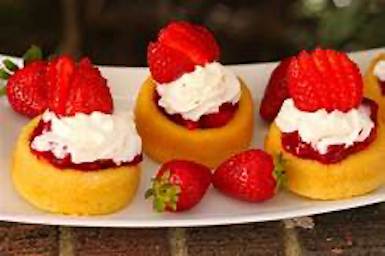 Our prayers were answered about three years ago when we moved out into the country. As a result we now finally have a number of nice raised beds to make up a great vegetable garden. We also keep free-range chickens and ducks, and have a fishing pier of our own for the grandchildren enjoy. In some ways it’s like where I started, but better.

Today, my wife is more the keeper of the garden than me, but I get a word in now and then on how good it looks. Better yet, I can tell her how good it tastes thanks to ‘Farmer Suzy’ and her good cooking. I am truly blessed.

Well, for those who put in gardens, summer is upon us. Harvest time for the summer crops is just around the corner. Strawberries are nearly ready and the cold crops have already been producing. The sweet sugar peas have made it to our table along with garden lettuce and onions. There are blooms everywhere giving promise of good things to come. If you have been procrastinating in putting one out this year the time is already growing short for starting a summer garden. A fall garden may yet be your answer. In any case, focus not on the hoeing, but rather on the eating. With food prices rising, having a ‘victory garden’ may be helpful and add some very fresh, nutritious food to your diet.  Good growing, my friends!  mcoburncppo@aol.com