Louisville, Ky. —  Former Bulldog great Chandler Shepherd, from Louisa, was stellar on the mound as the St. Paul Saints took down the Louisville Bats 2-1 in game one of the doubleheader at Louisville Slugger Field on Friday night.

Chandler with his nephew Beau before pitching the Saints to victory Friday in Louisville. 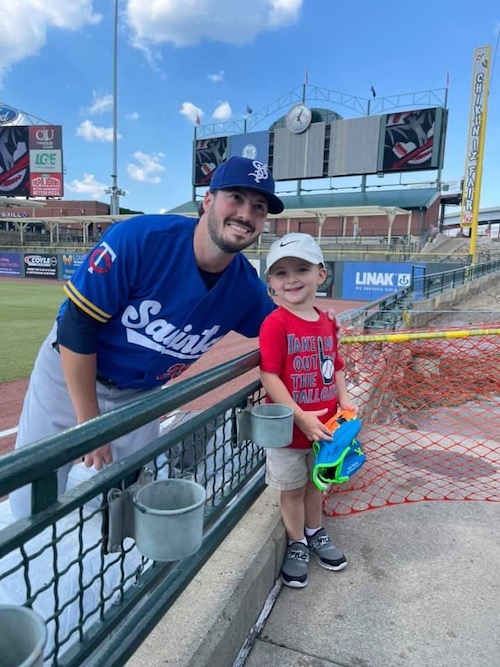 Meanwhile, Shepherd barely broke a sweat. He gave up a leadoff walk in the second, but erased that with a double play from the next hitter, Alfredo Rodriguez.

Shepherd faced the minimum through five innings before giving up a leadoff home run to Crook in the sixth, his first of the season, to make it 2-1. After retiring the next two hitters Shepherd departed for Derek Law.

Shepherd went 5.2 innings allowing one run on two hits while walking one and striking out one. He threw just 48 pitches, 39 for strikes to get the win. 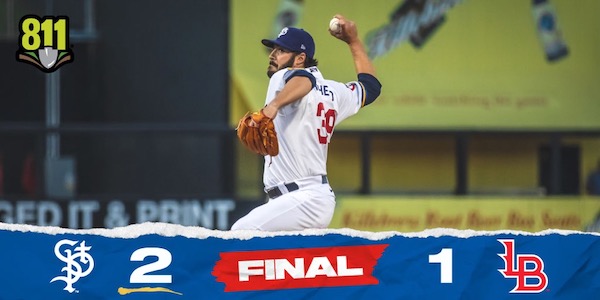 The Saints will return home for two weeks before a trip to Columbus to face the Clippers June 22-27.

Bulldogs advance to the semifinals of the 15th Region softball tournament with victory over Pike Co. Central