Lick Creek, Ky. — Ethan Whitt had three doubles and Will Lafferty threw a four inning complete game as Lawrence Co. ( 28-6 ) won 15-0 over Phelps ( 8-12 ) Saturday in the opening round of the 15th Region Baseball tournament. 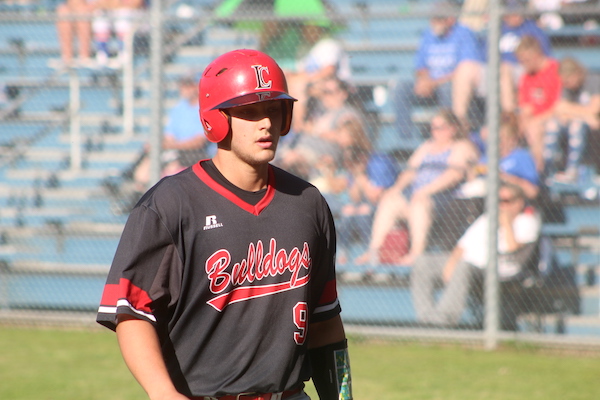 Will Lafferty was superb against Phelps on the opening round of the 15th Region Tournament at East Ridge Saturday. 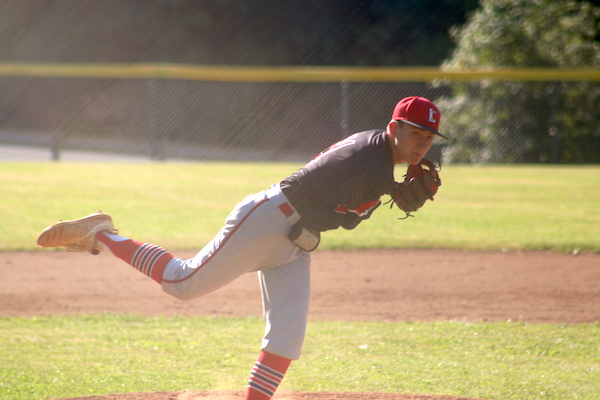 Will Lafferty picked up the victory with the four inning two hitter, struck out five and walked two. He also singled and drove in two runs to help his own cause. 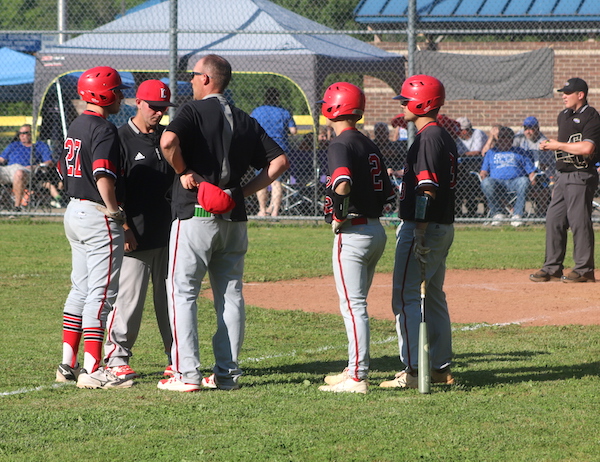 The Bulldogs will play Paintsville ( 27-10 ) after the Tigers beat Pikeville 1-0 in the last game of the opening round. First pitch Sunday at 6:00 in the second semifinal game.

Bryce Blevins slides into third base against Phelps on Saturday. 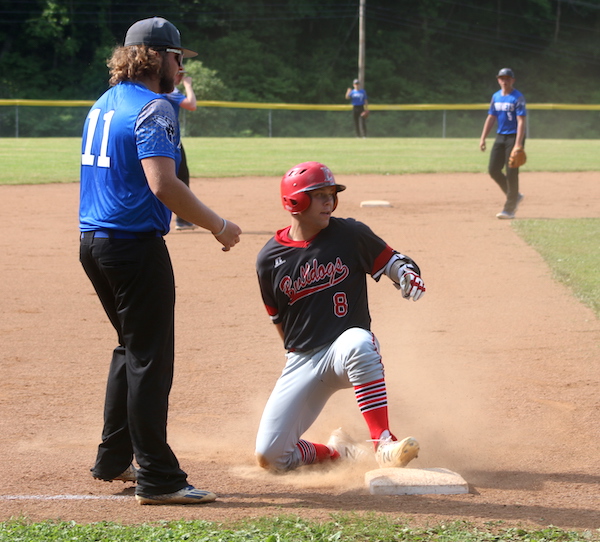 “… Hats off to Will Lafferty we called on him and it started off right with a clean first inning, he attacked the strike zone. We came in and put pressure on them from the get go on offense, I think we scored in every inning plus we hit some balls hard that they made good plays on as well.”

“… How about Ethan Whitt the baseball must look like a watermelon coming in there, he had a great night offensively. We are happy too, but we aren’t content with just the semifinals and our guys know that.”

“…Who ever we play on Sunday night will know that they better come to play.”

Lawrence County Civil Court for the week of June 1-4