Bulldogs advance to the semifinals of the 15th Region softball tournament with victory over Pike Co. Central

Taylor Blevins fires a pitch in the seventh inning of the opening round game against Pike Co. Central. 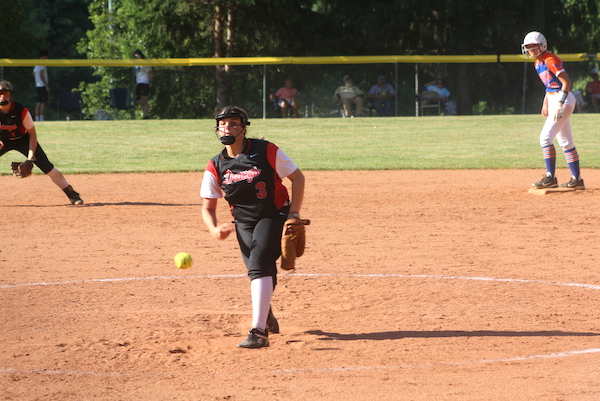 Taylor Blevins went the distance in the circle to get the win. Blevins allowed one run, six hits, struck out four and walked two Hawks.

Bree Jones, Abby Nelson and Gracie Preece singled and drove in a run each, Ella Fitzpatrick and Allie Triplett both singled, Kaitlyn Meddings drove in a run. Preece, Triplett, Ellie Smith and Camber Maxie-Stepp scored a run each.

Abby Nelson throws to first after making a play in the 15th Region softball tournament at East Ridge. 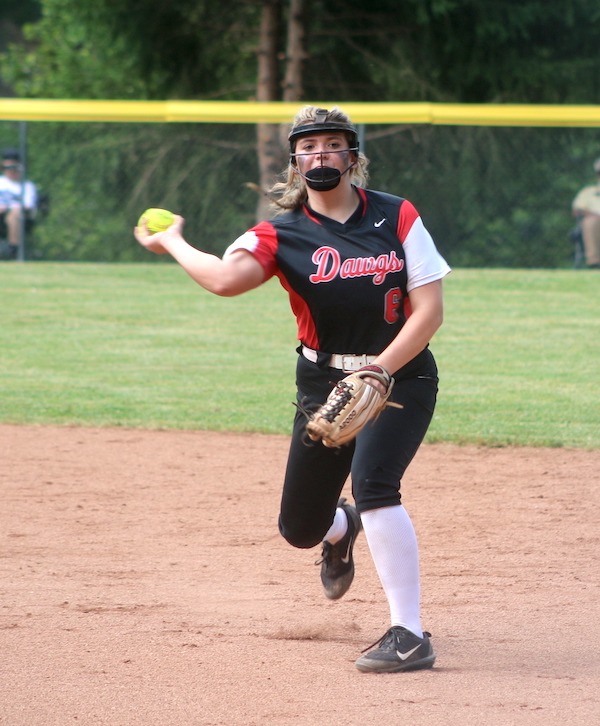 Head Coach Kenny Horn talks with his infield in the seventh inning on Saturday. 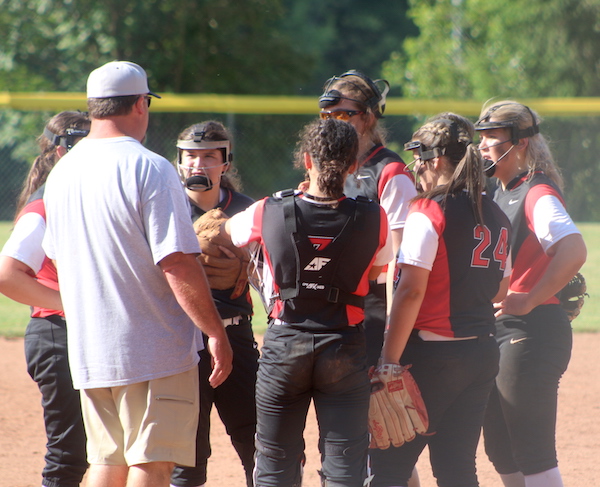 Catcher Dani Crum looks toward the infield after making a nice play on a foul ball in the first inning against the Hawks. 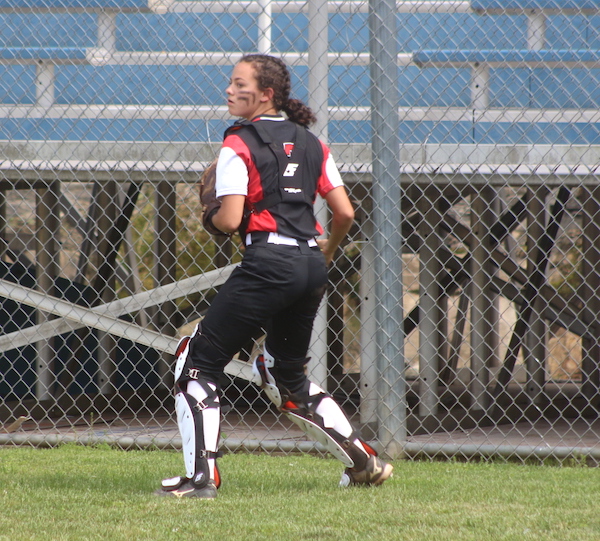 “… Overall this time of the year you just want to win no matter what. It was ugly but we will take it. We took advantage of some situations but we left a lot of runners on base as well with our top of the order. We can’t do that moving forward. With that being said so proud of the girls today.”

“… We should be the Blevins Bulldogs because we are riding Taylor and Shelby. Both girls were big today with Taylor on the mound only made one bad pitch and after that she kept them guessing and popping up the rest of the day. Both came up clutch once again.”

“… Happy with the win and glad to be playing on Sunday in the semifinals and that is all you can ask for this time of the year.”

“… Once we got the lead in the fifth you could tell it relaxed them a little. We have coached them all we can coach them to this point, we are who we are. We need to practice what we preach and not over Coach these girls I’ve told Sam Sparks that all week long.”

“… We have played Pikeville once this year and it got away from us late in the game at home. I think Emily Ford is the best pitcher in the region and the deeper you go you can’t give outs away at the plate and we did that today.”