Bryce Blevins fires a pitch against Paintsville on Sunday evening. 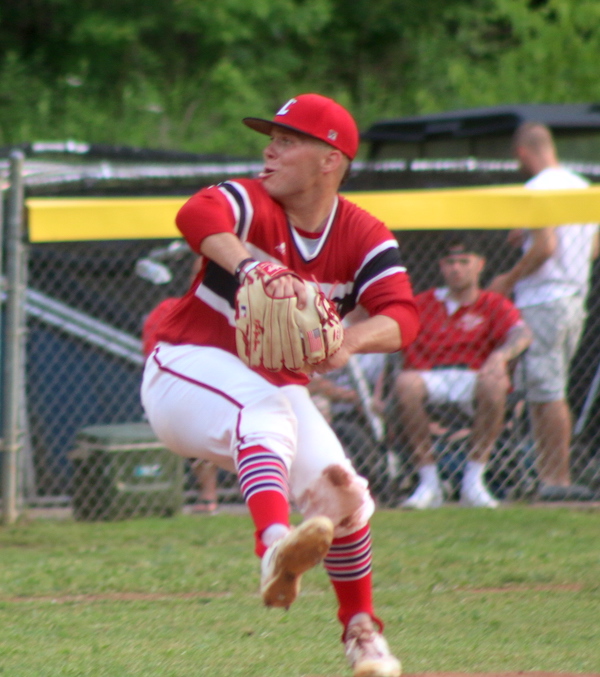 Blevins allowed only two hits, struck out eleven and walked zero. He also went 3-4 at the plate with two RBIs including a first inning two out double that scored Braydan Maynard from first base.

SS Will Lafferty fires across the diamond after making a great play against Paintsville. 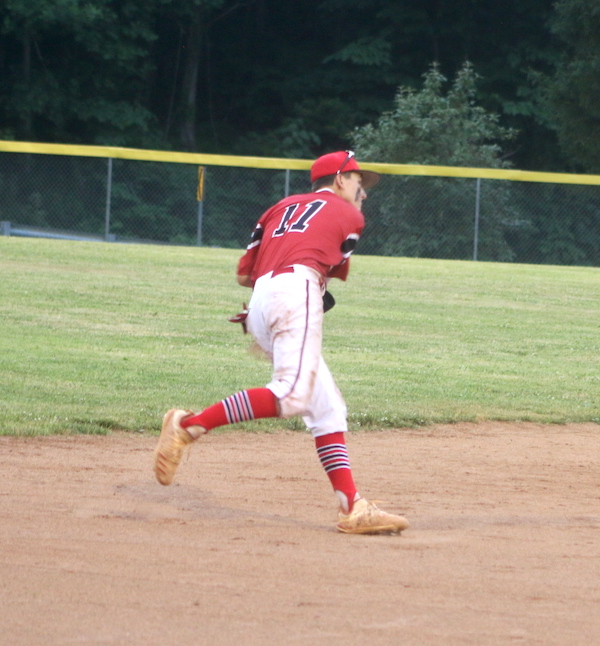 The Dawgs will face Johnson Central ( 25-13 ) at 6:00 on Monday for the 15th Region title after the Golden Eagles beat Belfry 7-4 in the first semifinal Sunday. The two teams met in Paintsville on March 30th with the Dawgs winning 14-11.

The two teams have met in the 15th region championship game six other times with each school winning three titles. The last meeting coming in 2019 at Floyd Central with Lawrence Co. winning 12-7 which was the last regional championship played because the 2020 season was cancelled because of COVID-19.

Blue Fletcher awaits a pitch in the semifinals versus Paintsville. 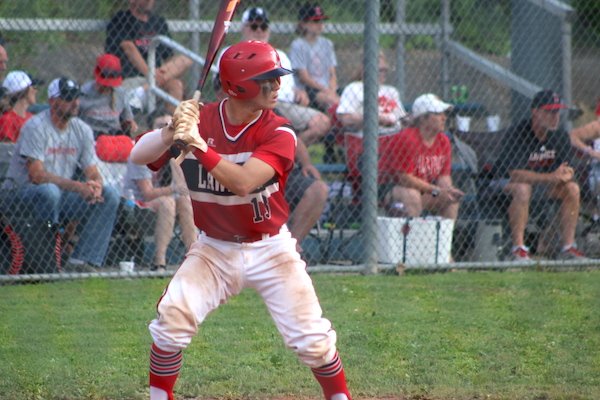 “… Bryce Blevins got voted by the other coaches as Region player of the year and he went out and showed why tonight being honest with you. On the mound he is an animal, he is different he has great stuff but his mind set is on a different level. I have said it 1,000 times I’m sure glad he wears red and black. He has also stepped up for us offensively and we needed that. I think we are a dangerous ball club offensively and we have shown that we can do it in different ways. We put a lot of pressure on teams to make plays.”

“… It’s hard when you have to make play after play. We didn’t set up there and strike out 13-14 times I don’t how many but it wasn’t much and I’m proud of them for that. Again when you put pressure on the other team time after time good things are going to happen. I feel like the title game will be the same thing. Johnson Central is going to strike out a lot no matter who we threw at them. They are going to put the ball in play. We have to figure their guy out and they have to figure ours out as well. It’s going to be a lot of fun for sure.”

“… We had one bad week defensively and been good ever since. We have to finish the job, we have played clean the last four games it started up at Prestonsburg in the District tournament. Jake Derifield made a nice running catch and Will Lafferty made an unbelievable play in the hole. We have made those plays before and will have to make them again. This might be our best defense outfield wise, all three guys can run and throw and that’s huge for us. We feel very confident in what we got out there. Playing for a region championship doesn’t get old that’s for sure. We like playing in it and we sure like winning it.”