Softball Dawgs fall in the Region semifinals to Pikeville, Bright future ahead for the youngsters

Dani Crum stands on second after nice base running. 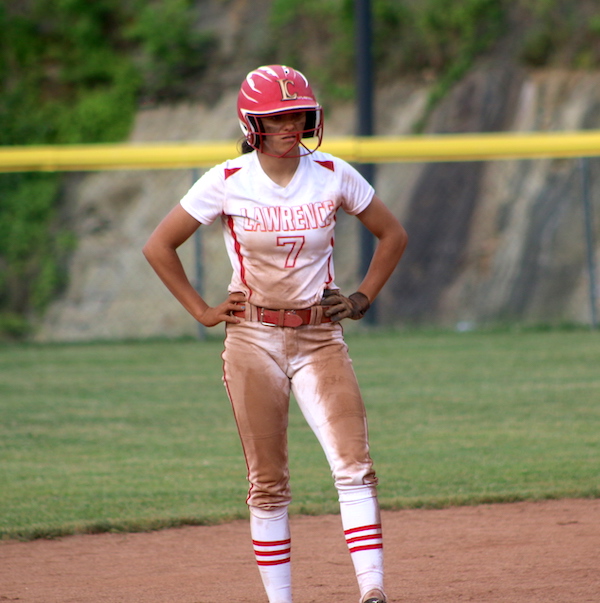 The Dawgs fell behind 8-0 going into the bottom of sixth inning before making a valiant comeback effort that came up just short.

The young Bulldogs will return everybody next season and should be a team to reckon with for years to come.

Pikeville will play Johnson Central on Monday at 7:00 for the 15th Region softball tournament championship.

Gracie Preece being carried off by Asst Coaches James Jones and Bobby Preece after going down running on her two RBI double in the seventh inning. 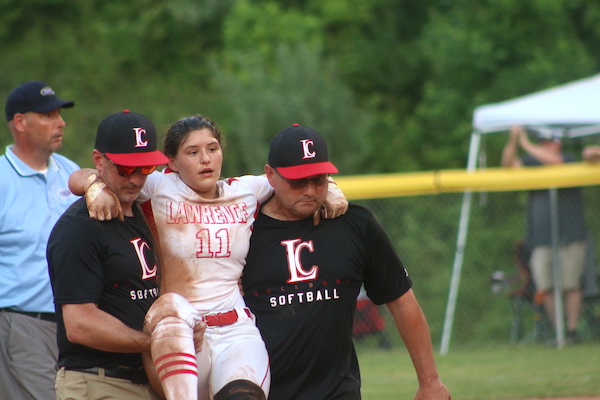 “… That’s what we do this bunch has fought this way all year long, we aren’t going to quit or lay down you guys have covered us enough to know that. Emily Ford is obviously the best pitcher in the region and nobody puts six runs on her and could have been more if a call goes are way. We invest so much into these kids, we have two years into the one season. Just an unfortunate call that went against us and killed a rally. We had them on the ropes for sure and had all the momentum.”

“… I just want to thank the kids for letting me be a part of it, they have worked their butts of to get to this point. To be so young and to keep fighting I love that about them they are true fighters. They could have folded early in but they didn’t and that truly shows something and I can’t wait to get back to work with them. I wouldn’t trade my team for another team.”

“… It’s evident that we got something going here and if you would have told me we would win 28 games this year I would have probably laughed with the schedule we play but I can’t say enough about the kids for their effort. I hate to see it end this way but winning 28 games was huge for our program moving forward. I usually like to take some time off but I’m ready to get to work with these girls.”

“…T I really want to thank the fans for their support all year long, we have had great crowds every where we have went in proud to be a Bulldog. I also want to thank you guys for what you do I appreciate you guys giving the girls publicity it means a lot to them to see their names out there and I could go on for hours about them. We don’t lose anyone and I’m looking forward to next year already.”