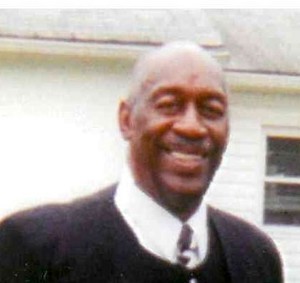 He was born to the late Benton and Dorothy (Burks) Ramsey in Huntington, WV on September 10, 1935. In addition to his parents he is preceded in death by mother-in-law-dear Ella Ramsey; brother Donald Ramsey; son in law Gerald Mills; special friends Wilburn Bias, Clint Centers, Willis Copley, Darryl Spurlock, Gerald Whitlow, and host of other heavenly welcoming committee members.

Raymond proudly served his country in the United States Marine Corps during the Korean War. After which, he was employed at TRASCO, C&B Blueprint and retired from Bias Blueprint as a Technical Reproductionist.

Raymond was a faithful member of New Hope Missionary Baptist Church for over 60 years. He served as a member of the Trustee Board, Financial Committee and Choir. He also served his community as a volunteer for the Burlington Concerned Citizens; member of the Community Choir; Donation Coordinator for the Chesapeake and Ashland Food Banks, and coached the Tipton Foodland Baseball, South Point Youth Football and Burlington Eagles Basketball teams.

Young Funeral Home has been entrusted with the care of Mr. Ramsey and his family.