CONVICTED SEX OFFENDER FACING UP TO A QUARTER OF A MILLLENIUM IN FEDERAL PRISON; STILL FACES POTENTIAL TRIAL FOR MAKING BESTIALITY VIDEOS OF AN ADULT WOMAN AND DOG 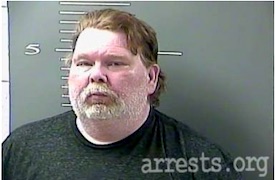 DALE ALLEN FRALEY, 50, OF LOUISA; LOOKING AT DECADES, LIKELY THE REST OF HIS LIFE, IN FEDERAL PRISON AFTER BEING FOUND GUILTY ON MULTIPLE CHARGES RELATED TO CHILD SEXUAL ABUSE AND CHILD PORNOGRAPHY.

A Lawrence County, Kentucky man who’s been under federal indictment for nearly two years on child pornography charges was convicted last week by a federal jury in Ashland, Kentucky. According to a press release from the U.S. Attorney’s Office for Eastern Kentucky in Richmond,  Dale Allen Fraley, 50, of Louisa, was convicted on Thursday, May 27, by a federal jury in Ashland of 11 out of 13 counts of child pornography charges, with the guilty verdicts consisting of five counts of production, four counts of receipt, one count of distribution and one count of possession of a matter containing visual depictions of a minor engaging in sexually explicit conduct,

After a three-day trial that began on May 24, the federal jury deliberated for two hours before returning their trial verdict decisions in convicting Dale Fraley,

“According to the evidence presented by government prosecutors during trial, Fraley used various online ‘personas’ to induce, persuade, or coerce minors to engage in sexually explicit conduct, for the purpose of producing visual depictions of that conduct,” the release from the Assistant U.S. Attorney office said.

“Fraley, acting through the online ‘personas,’ would threaten minor females to engage in various sexual acts and to record that activity, or send the images to him ‘live’ via Skype or other applications. He also persuaded the minors to come to his home, sometimes at the behest of the online ‘personas,’ to get ‘sexual experience’ with Dale Fraley as the teacher.”

The case was investigated by the FBI and an Eastern Kentucky University police officer assigned with the Project Safe Childhood Task Force, an initiative launched in May 2006.

With the impending sentence later this year on the 11 guilty verdicts against him; Dale Allen Fraley faces a maximum of 30 years in prison for each count of production, 20 years for each count of receipt and distribution of child pornography, and 10 years for possession of child pornography. That would lead to a potential maximum of 240 years in federal prison for Dale Allen Fraley.

In other brutal words, a life sentence masking a long slow death sentence in disguise.

But the federal court must consider the U.S. Sentencing Guidelines and the applicable federal sentencing statutes before imposing the sentence.

Dale Allen Fraley was indicted on 13 charges relating to child pornography in October of 2019, later followed on with a separate superseding Indictment being returned in September of 2020. That indictment involved a charge in connection to producing obscene materials videos containing acts of bestiality.

Earlier this year, a federal judge ordered a charge of producing obscene material be severed from the child pornography case, after prosecutors returned a superseding indictment against him alleging he produced three videos of an adult woman raping a dog.

Federal prosecutors, nor the federal court record, shows when Dale Fraley would be standing trial for those charges or if authorities would continue to pursue the matter.

Dale Allen Fraley is scheduled for formal sentencing before U.S. District Judge, David Bunning; on October 18, 2021. Judge Bunning denied a motion made by Dale Fraley for a furlough from jail to attend a funeral, that of his younger sister, who passed away unexpectedly on May 24, with her visitation on the day of Dale Fraley’s conviction, and the funeral the day after on May 28.