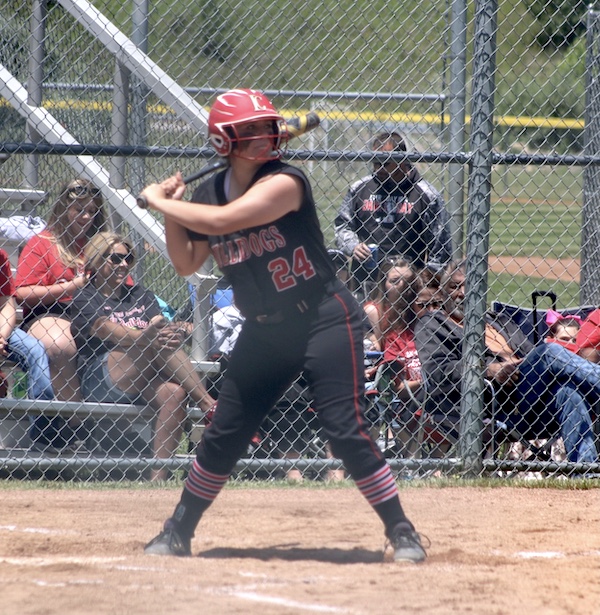 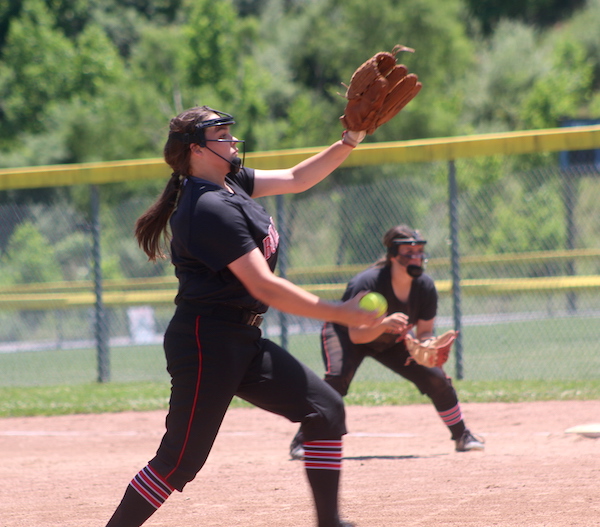 Taylor Blevins picked up her 14th win of the year in the circle with five strikeouts, zero walks and threw 59 pitches including 43 strikes.

Bree Jones throws the ball back into the infield after nice grab in the fourth inning. 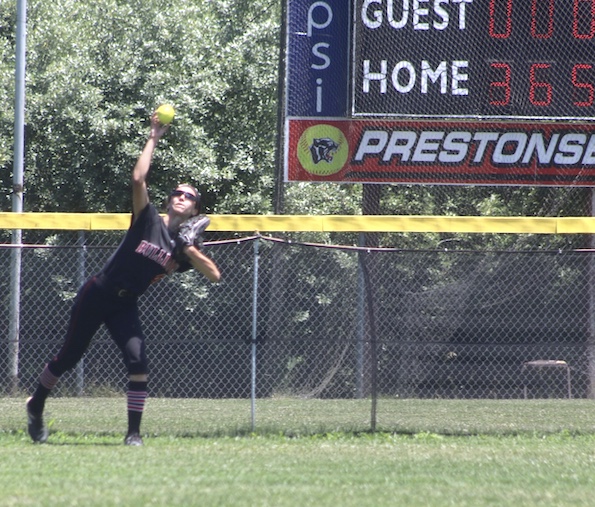 The Bulldogs will return to action on Tuesday at 6:00 in the 58th District championship game versus Floyd Central after the Jaguars beat Prestonsburg 10-4 in the second game Monday at the Prestonsburg Sports Park.

“… Hard to put into words how good it feels to be playing in the postseason once again and playing on Memorial Day as well. We have been preparing for this game for two years. The games prior to today didn’t mean anything. This is what you play for, to play in this game where it’s win or go home and we get to play some more postseason softball.”

“… It’s a long enough season as it is but when you invest two years for one game it sure feels good to win.
I understand what Betsy Layne tried to do and they thought it gave them their best chance to win and I commend them for that. They have improved since we played them early in the year. I thought Taylor Blevins did a good job once again, as a seventh grader throwing a no-hitter is a great accomplishment no matter who it’s against, she has been good for us all year long. Shelby Blevins was on fire early in the year and then went in a little bit of a slump but she has really picked it up the last little bit. Ella Fitzpatrick put some nice swings together as well. We made a few mistakes in the bases but I can live with that because they are playing hard.”

“… Floyd Central and Prestonsburg have both improved throughout the year and whoever we play we need to come out ready. Scott Shannon does a great job at Floyd Central he will have them ready to play that’s for sure, he is one of my good friends and a great guy and that says a lot as a district foe.”