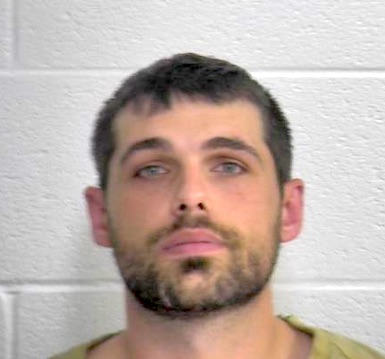 ALLEGED SEX WITH A MINOR SUSPECT: AUSTIN E. REECE, 31, WHO LIVES IN CLAY COUNTY KENTUCKY; BUT HAD ILLEGAL CONTACT WITH A MINOR WHO LIVED IN LAUREL COUNTY, KENTUCKY.

A Clay County, Kentucky man was busted by a state police special unit after he was found to be communicating electronically for the procurement of sex acts with a minor who lived in Laurel County.

Reece was arrested as the result of an undercover Internet Crimes Against Children (ICAC) investigation. The KSP Electronic Crime Branch began the investigation after discovering the suspect communicating with a juvenile online. The investigation resulted in an arrest warrant being served on May 27, 2021. Equipment used to facilitate the crime was seized and taken to KSP’s forensic laboratory for examination. The investigation is ongoing.

Austin Reece is currently charged with three counts of Rape, 3rd degree; a Class-D felony; punishable by one to five years in prison,. If convicted in a trial on all charges, Austin Reece could face a sentence of 3 to 15 years in a state prison.

Austin Reece was lodged in the Laurel County Detention Center. He is currently being held on a $15,000 full cash bond only.

The Kentucky Internet Crimes Against Children (ICAC) Task Force is comprised of more than twenty-six local, state, and federal law enforcement agencies. The mission of the ICAC Task Force, created by the United States Department of Justice and administrated by the Kentucky State Police, is to assist state and local law enforcement agencies in developing a response to cyber enticement and child sexual abuse material investigations. This support encompasses forensic and investigative components, training and technical assistance, victim services, prevention and community education. The ICAC program was developed in response to the increasing number of children and teenagers using the internet, the proliferation of child sexual abuse material, and the heightened online activity of predators searching for unsupervised contact with underage victims. 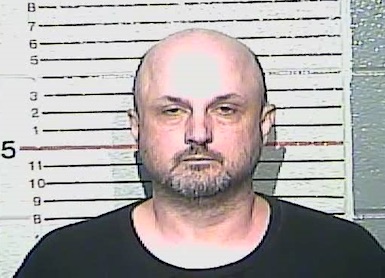 A Franklin County, Kentucky man was busted by a state police special unit after he was found to be distributing child sex exploitation pornography imageries on the interent.

Mr. Brewer was arrested as the result of an undercover Internet Crimes Against Children investigation. The KSP Electronic Crime Branch began the investigation after discovering the suspect sharing images of child sexual exploitation online.

The investigation resulted in a search warrant at a residence in Frankfort on May 19, 2021. Equipment used to facilitate the crime was seized and taken to KSP’s forensic laboratory for examination. The investigation is ongoing.

Gregory Allen Brewer is currently charged with twenty counts of possession of matter portraying a minor in a sexual performance. These charges are Class-D felonies punishable by one to five years in prison. If convicted of all charges via a criminal trial Gregory Allen could face from 20 years to up to 100 years in a state prison.

Gregory Allen Brewer was lodged in the Franklin County Detention Center. in Franklin, Kentucky; where his bond was set at $25,000 full cash bond only. 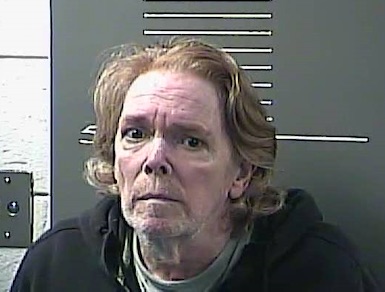 A Floyd County man has been arrested on a sexual abuse charge out of Magoffin County.

Larry Martin, 58, of Prestonsburg, Kentucky; was arrested on Wednesday, May 26, by the Floyd County Sheriff Office; and was taken to and booked in the Big Sandy Regional Detention Center in Paintsville in Johnson County.

Larry Martin was indicted on May 7, by a Magoffin County grand jury in Salyersville, on one charge count of 1st Degree Sexual Abuse, Victim Under/12 Years of Age; which is a Class C felony, that can carry a potential state prison sentence of five years to up to ten years. According to the indictment, Larry Martin is accused of abusing a child under the age of 12 from April 15 through May 15, 2019.

Larry Martin remains in the BSRDC where he is held on no bond.

BOONE COUNTY, KENTUCKY WOMAN, A YOUNG MOTHER, IS ARRESTED AND CHARGED WITH CRIMINAL ABUSE AND CHILD SEX ABUSE OF HER TODDLER, AFTER INCRIMINATING VIDEO CHATS WITH HER JAILED BOYFRIEND 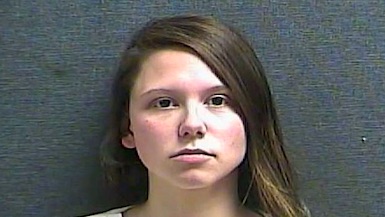 REALLY BAD MOM: JESSICA RENAE AHLBRAND, 22, OF FLORENCE, KENTUCKY; WHO WAS ARRESTED ON MAY 26; FOLLOWING AN INVESTIGATION THAT STEMMED FROM A MAY 10 VIDEO CHAT & A MAY 15 VIDEO CHAT THAT SHE HAD WITH HER JAILED BOYFRIEND AT THE BOONE COUNTY COUNTY DETENTION CENTER.

A Boone County, Kentucky woman was arrested after an investigation of her video chat with her incarcerated boyfriend led to her to be charged with both criminal abuse and sexual abuse of a child.

Jessica Renae Ahlbrand, 22, of Florence, Kentucky; was arrested on Wednesday, May 19, following an investigation that stemmed from a May 10 video chat she had with her boyfriend at the Boone County Detention Center, according to the Boone County Sheriff Office.

Ahlbrand told the boyfriend she could not find her “snacks,” and implied that her 18-month-old toddler had eaten them.

The snacks she mentions are believed to contain THC, which is the abbreviation for Tetrahydrocannabinol, which is the principal psychoactive constituent of cannabis marijuana, the sheriff’s office said.

Jessica Ahlbrand showed her boyfriend, who is the child’s father, photos of the toddler appearing to be under the influence.

Jessica Ahlbrand and her boyfriend laughed at the photos, the Boone County Sheriff’s Office said.

While in the video chat, Jessica Ahlbrand performed sexual acts on herself while her child was nearby. Jessica Alhbrand did this again on May 15 during another video chat with her boyfriend, the sheriff’s office said.

Jessica Ahlbrand was arrested Wednesday for Criminal Abuse 2nd Degree-Child 12 or Under; and Sexual Abuse, 1st Degree, Victim Under/12 Years of Age.and was transported and lodged in the Boone County Detention Center in Burlington, Kentucky; the Boone County Sheriff Office said. 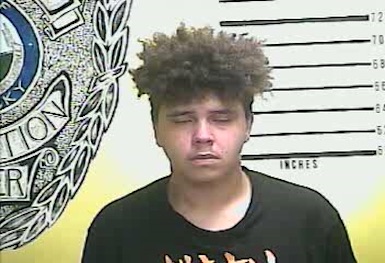 CHILD RAPE SUSPECT: JUSTICE BRYSTON FLANARY, 18, OF MIDDLESBORO, KENTUCKY; WHO WAS ARRESTED FOR ALLEGEDLY RAPING A GIRL UNDER 12 YEARS OLD.

An 18-year-old Bell County, Kentucky man was taken into custody after being accused of raping an 11-year-old girl.

According to the Middlesboro Police Department, they received a call around 6:15 A.M. Monday, May 17, and began investigating the case. Middlesboro police say Justice Bryston Flanary, 18 , of Middlesboro, Kentucky; was arrested shortly afterward around 9:52 A.M.

Justice Bryston Flanary was taken to the Bell County Detention Center in Pineville, Ky; where his bond was set at $100,000 full cash bond only.