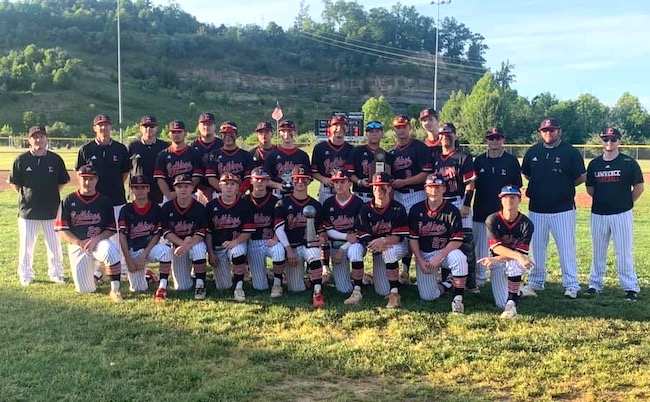 Blevins gave up an infield single, struck out 11, zero walks and threw 65 pitches with 58 of those strikes to remain undefeated on the year. He also had one hit and one RBI offensively.

Both teams will advance to the 15th Region Tournament at East Ridge this weekend.

The Dawgs will play either Paintsville, Shelby Valley or Belfry/Phelps loser in the first round.

The Jaguars will face either Johnson Central, Pikeville or Belfry/Phelps winner in the first round. 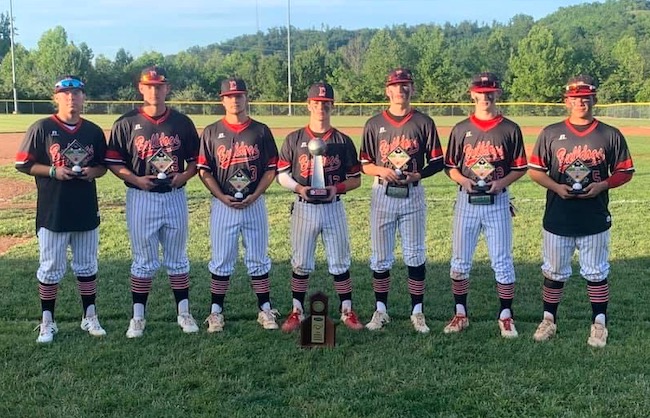 “… Typically we would be in the region tournament on Memorial Day but we got pushed back a week. I don’t take it for granted and last year was a gut punch not to be able to do these things was tough. I told our guys there are only 64 district champions in the state and we are one of them and I’m proud of them for that. We have been pretty fortunate to be on a good run for the last few years. Honestly when we started the year we didn’t know what we had and still don’t really, but I do know they love to win and they play hard.”

“… I’ve said it before and I will say it again every time Bryce Blevins pitches I feel like we are going to win and will stand by that. He hasn’t lost many in his career and I feel confident when he is on the mound. He is such a competitor, works hard, very coachable and absolutely pounds the strike zone. I can remember when his uncle Steve Blevins played and he was very young, we played a game at Lafayette and he was running around throwing a ball and talking and was just a ball of energy. They were living in Mount Sterling at the time so I watched him grow up. He started pitching for us when he was 13 and he is a special talent. He is the perfect combination that works hard, fierce competitor and hates to lose.”

“… Every game is a big game for me and for us this year. We just can’t come out and go out there and go through the motions, we have to come out focused every time and be ready to play. All of us have to be ready on each and every play no matter who we are playing. I get to pitch once a week and I try to come out and dominate and get the win for our team.”

“… We lost a lot from the team last year like Jackson, Tyler and CJ and I have tried to step up into that leadership role this season. It was disappointing that we didn’t get to have the season last year with all of the pieces that we had it would have been a fun year. With this team it’s guys that haven’t played a lot with, it has been a fun year watching our guys develop and get better every day. I try to keep them focused on the little things each day even after a long practice or a tough game.”

“… Love pitching on Memorial Day because it means we are in postseason baseball, we lost that opportunity last year and it was deflating, so we are trying to make the best of it this year.”

“… Playing for Coach Feltner is something I have always wanted to do, I remember being here at Prestonsburg during the regional tournament behind the backstop and thinking one day I will be out on that mound in a Bulldog uniform pitching in big games. I wouldn’t want to play for anybody else in the state.”