Prestonsburg, Ky. — Jake Derifield threw a five inning two hitter to lead Lawrence Co. ( 26-6 ) to a 11-0 mercy shortened victory over Betsy Layne ( 6-18 ) in the opening round of the 58th District tournament at Stonecrest on Saturday afternoon.

Jake Derifield was lights out in his first postseason start. 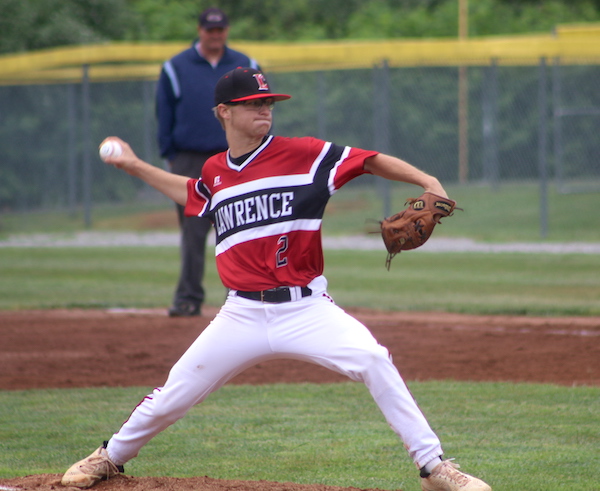 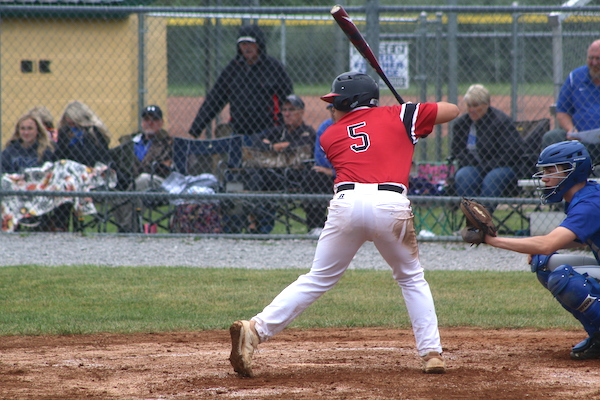 The Dawgs will advance to the championship game on Monday at 6:00 versus Floyd Central after the Jaguars beat Prestonsburg 7-3 in the second game of the day.

Brayden Maynard on his way to score the first run of the game versus Betsy Layne. 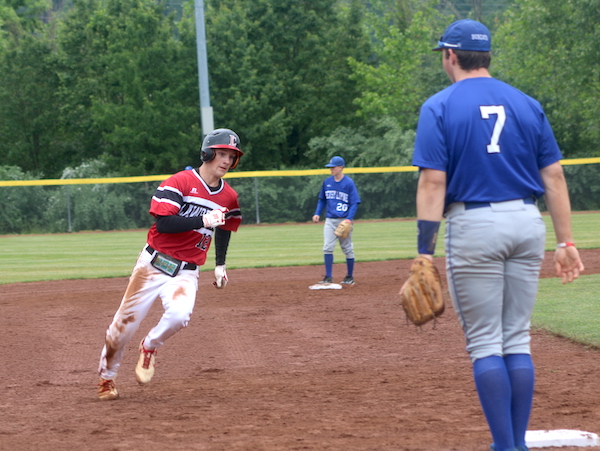 “… Thought we were more focused today and we played cleaner defensively. Jake Derifield did a tremendous job on the mound for us today. We were unsettled on who we were going to go with today mainly because how we played defensively this week. We were pretty shaky early in the year and then I thought we figured some things out, so I’m going to chalk it up has a bad couple days. It wasn’t like we were bad the whole game it would be an inning here or an inning here seemed like they came in bunches and we would have an unbelievable bad inning. I think they were looking ahead to the postseason. Even though they have a full season under them it is still an inexperienced bunch.”

“… We can play with and beat anybody, we have proven that with the schedule that we have played this year. We’ve never won a regional championship that we haven’t gotten to, and that’s what today was about. Win today and give ourselves a chance next week.”