GROWING UP IN LOUISA: Memorial Day

I was taught in grade school some wonderful, historical facts about the birth of our great nation. Emphasis was made by our teachers on the foundation of our freedoms and liberties that are guaranteed by the ‘Bill of Rights.’ Every year classes of young students matriculated a new generation of patriots who were taught about our special nation. As youngsters, we knew little of various political systems except that we had only just finished fighting the axis powers. We heard some information about the Holocaust and the rape of Europe.

Our teachers were justifiably proud of the history of the pilgrims, the struggles to survive in Jamestown, then the taxation issues dictated by the English king. Then came the Boston Tea Party and the Revolutionary War that resulted in the creation of the United States. That didn’t happen without bloodshed and personal risks by many. The Revolutionary War was followed by other wars, and more precious lives were laid down to ensure the freedoms won at so great a price. We would continue learning more throughout future generations.

We remember hearing about the War of 1812 with England, the Spanish American War, the War to end all wars (the first World War), the second World War and Korean War we learned about. Then came the Cold War, the Cuban Crises, the Viet Nam War, and wars fought in the Mideast, some of which are still going on. The war against terrorism is being fought in the schools and workplaces even today. 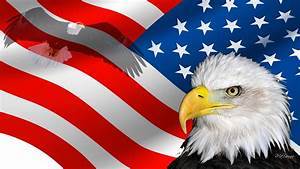 This weekend we celebrate Memorial Day. First called Decoration Day and was begun to remember the fallen soldiers of the Civil War, but it soon grew in purpose to become a time for us to pause and remember all of those who have passed before us in defense of this nation. Now, it also includes those who were not veterans, but served in other ways to preserve our way of life. There have been men and women who worked in factories, delivered the mail, and prayed for the lives and liberties as our troops fought in various foreign wars. There were schoolteachers, those in the medical field, and those growing food, working on a switchboard, and driving trucks to ship supplies and armaments for the troops. There were chaplains that helped families with their losses, and people selling war bonds. Wars, one way or the other, affect nearly everyone. Our young service men and women have been important in maintaining the precious gift of freedom. We owe them the honor they have earned. Even when ‘rights’ are abused or used to spread negative messages, we are a rare nation that understands and will die for the right of freedom of expression. As a result, we continue to pursue happiness and a life free of tyranny. While some of those rights are at risk every day, they are still worth the fight.

In my youth I sometimes went up on Pine Hill to visit the graves of those who had passed. Some were soldiers and sailors, and others died just trying to raise a family. I liked to read the carvings on the tombstones. Some of those dates seemed to be long ago in my sight. I tried to picture how they lived and how they found ways to contribute our to civilization. If I saw an adult, I would respectfully ask them for stories of the men and women buried there. I remember the sadness in their faces as they placed fresh flowers next to the gravestones. Most church yards out in the county had markers of their members who were buried there. In fact, many of the hilltops around the county were topped with family graveyards, some overgrown, some well maintained. When visiting these places and those grand cemeteries, such as Arlington National Cemetery, with the lowest and highest ranking of our servicemen, we can stand proudly for the hope these lives represent. It is a time to remove our caps, bow our heads and come to terms that we will be there ourselves, soon enough.

When it’s my turn to kick off, or kick the bucket, there is already a niche in a nearby national cemetery that will house my remains and those of my wife. Someone will blow a bugle and fold a flag to be displayed for my family to keep. I grew up in an era when our country was recovering from the deaths of so many of our young men who died in Europe and the Pacific. I knew some of the vets who came back, but I was too young to ever meet the ones who didn’t. Some were foot soldiers, and others were sailors, or airmen. The county suffered greatly with the losses, I’m sure. All were precious to friends and family, and those who walked with them. We know something about the emptiness that results when another chair is vacated, and dark clouds gather about ones we have lost. We respect the past, as well we should.

I remember attending a baseball game that honored our military. Before the game, a military band played several songs, one representing each branch of service. Veterans were asked to stand when ‘their song’ was played. All around me grey-haired men and the young alike stood to take the salute. A group of ‘flag’ officers representing each branch, were there. One general officer swore in a squad of new recruits as shivers hushed through the crowd. These young recruits stood at attention. Soon enough they may be in harm’s way. Just before the game ball was thrown, the band struck up the National Anthem. Again, tears rolled down our cheeks as we all did our best to stand at attention and hold our hands over our hearts, proud to be an American. 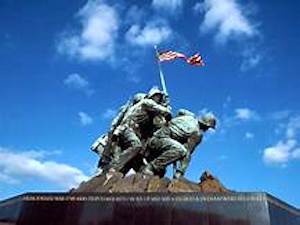 I was a youngster, perhaps only a preschooler holding my mother’s hand, when I saw a parade or two in our wonderful little town of Louisa. In those days they marched or drove up Madison Street to the grade school after winding through the downtown district. I’ve noticed that parades tend to go downhill today, so they differ in that respect. The American Legion was there, a band from LHS and one from Ft Gay, or somewhere else. I saw Masons/Shriners, Odd Fellows, and the politicians of the day. One ‘float’ I’ll always remember was a flatbed truck with uniformed soldiers acting out the scene of those who were photographed raising the flag on Iwo Jima, in the Pacific.

Even as a child I noticed that when the flag went by people knew to remove their hats and cover their hearts. Even kids learned to be still and show respect. Some veterans saluted as they remembered other times. By listening to stories over the years I knew some of their memories were good, others not so much. Some couldn’t talk about their experiences, while others came around to share. This is the cost of freedom. The veterans of that day were called the ‘greatest generation,’ but the young men and women dying today are no less great. The sacrifice of our young is a terrible price, but necessary for our freedoms. Because of them we have the hope that our children and the generations to follow will enjoy real liberty.

Our forefathers took amazing risks of life and property to create this nation and the principles of freedom. Freedom is a rare thing on earth, you know. Many would choose to kick down the doors of our country and stomp out those values. Others will infiltrate our government to try to slowly erode those gifts that Washington, Jefferson, Madison, and Patrick Henry gave us. We have seen bombings, planes flying into buildings, attempts to poison, the shooting of innocents, and computer attacks on our government and industry. We have real enemies and likely will forever. We can be assured that all the way from Bunker Hill to the current mid-eastern battles, our young men and women are still standing up to defend those basic principles. It is the next generation’s hope that the pursuit of happiness and prosperity will continue.

Who knows when it will be our turn to be carried to our graves under a display of flowers, or beneath the flag we were honored to serve? On Memorial Day, at three in the afternoon, we should bow our heads and remember the people who made this country great and worth fighting for. Let the church bells toll again in honor of those who have gone before us. We can be grateful that others stood up and have done their part to keep this nation strong. Many are doing just that, today. Thank them and honor them as you can.  Remember, pause at 3:00 Monday afternoon and say a prayer of gratefulness to those who have given their all to save this great nation.