Step Back and Reflect this Memorial Day, By State Representative Patrick Flannery

Step Back and Reflect this Memorial Day 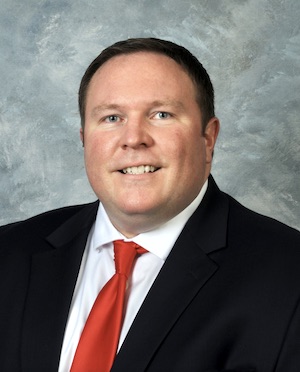 Over the past couple of months, I have used this column to share information with you some of the legislation we passed during the 2021 Regular Session, as well as some of the issues that our state is facing now. This week, I would like to take a break from policy and legislation to reflect on the importance of Memorial Day. In the fast-paced world we are in, it can sometimes be reduced to a three-day weekend that marks the start of summer. It does give us a chance to spend some time with our friends and family, and get some much needed rest and relaxation. However, it is above all else a day to remember something that we should never forget – the American soldiers who made the ultimate sacrifice for our freedom.

Originally known as Decoration Day, our nation first set aside a day to recognize those who sacrificed all for the sake of liberty more than a century and a half ago. The day originated in the years following the Civil War and became a federal holiday in 1971. What a powerful message sent as Americans were rebuilding our war-torn nation and healing the wounds of families torn apart and a nation nearly destroyed. Our ancestors chose to come together to honor and remember the men and women who answered America’s call to service and paid the ultimate price.

The Civil War claimed more lives than any other war in our nation’s history, so many that it required the creation of the country’s first national cemeteries. After the first Decoration Day service at Arlington Cemetery, more than 5,000 peopledecorated the graves of the 20,000 Union and Confederate soldiers buried at Arlington. Generations later, volunteers from across the country continue that tradition.

To me, Memorial Day is about more than just honoring their sacrifice; it is about passing down values to the next generation, that commitment that forged this great nation at Lexington and Concord, and has been preserved through the battlefields of war for almost two and a half centuries.

Memorial Day provides us with a reminder that we are part of something bigger, something better than just ourselves. This day means more than just honoring those who died for their country. To me, it should be a reminder that for the rest of our lives we should appreciate those that died for our freedoms. We should not only recognize their sacrifices but we should also cherish their memory because they’ve definitely earned that respect.

As we memorialize those who have served our great nation, let’s remember whether they died serving or died after service, they are all remembered. Their lives, their time, and their effort were the cost of our freedom. They were willing to fight to give us the luxury to enjoy a high standard of living and personal freedoms that come unmatched anywhere else in the world.

I appreciate the words of General George Patton when he said “It is foolish and wrong to mourn the men who died. Rather, we should thank God that such men lived.” Let us all do just that.  From the very beginning, Memorial Day has been a time for Americans to stand together and say, “Thank you. We remember you. We are grateful to you.” Let us continue that tradition for many years to come.

As always, I welcome your comments and concerns on any issues impacting our Commonwealth, even while we are not in session. I can still be reached through the toll-free message line in Frankfort at 1-800-372-7181 or by email atPatrick.Flannery@lrc.ky.gov. As interim committee meetings start on June 1, visit the Legislative Research Commission website at legislature.ky.gov to check out the meeting agendas and to watch to live committee meetings.