The four Bulldog Seniors all contributed in the victory over the Raiders. 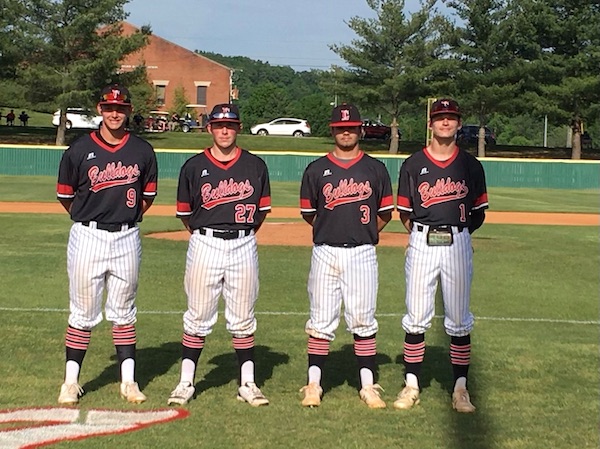 Senior Jacob Fletcher went four innings on the mound to get the victory and collected two hits along with two RBIs to help his cause.

Senior Ethan Whitt had two hits including a double and drove in three runs.

Senior Jackson Mathieu was on base twice with a walk, HBP and scored once.

Jake Derifield fires a pitch against Greenup Co. on Wednesday. 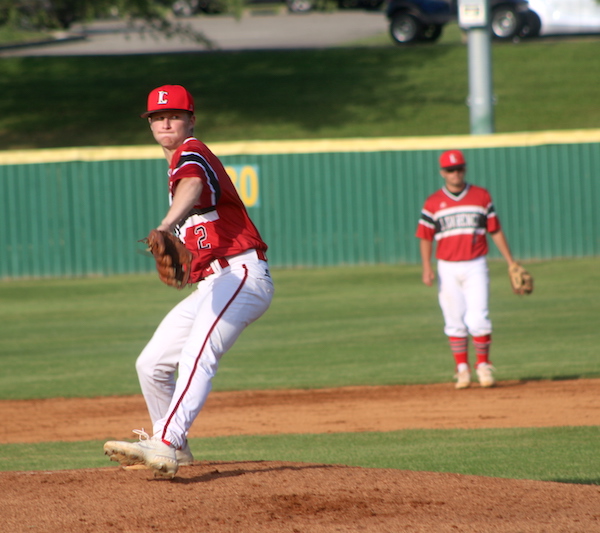 The Bulldogs scored three runs in the bottom of the first and Jake Derifield made it stand by throwing seven innings and only allowed one run to get the victory at Randy Keeton Field.

Bryce Blevins doubled and drove in a run against Greenup Co. 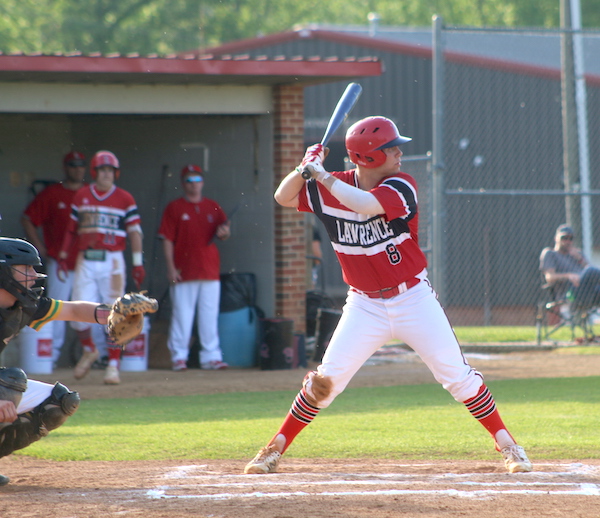 Will Lafferty threw all five innings of the mercy shortened victory over the Red Devils at Randy Keeton Field.

The Bulldogs will return to action on Saturday at noon against Raceland ( 25-5 ) at Randy Keeton Field.

“… So proud of our seniors. People don’t realize how much these young men have been through over the past 14 months. Just a mental and emotional roller coaster. Our program is not for everyone and not that many make it all the way through.”

“… Jacob and Ethan have been multi year contributors and have shouldered a lot of veteran type duties this spring, they’ve both battled through some injuries and given us a great chance to have a great season.”

“… Coming into this year Nick Collinsworth hadn’t reached the point of being able to crack a varsity lineup (playing behind a lot of good players) But he has taken his opportunity this spring and been a huge factor in us winning a lot of ballgames.”

“… I can’t say enough good things about Jackson Mathieu. He has sacrificed so much and has stayed the course all the way through. Not many kids are willing to do those things. He has contributed in more ways than most realize. I believe his teammates have a great deal of respect for how much he has improved.”

Step Back and Reflect this Memorial Day, By State Representative Patrick Flannery