LOUISA, Ky. — On motion of David Pinson Lawrence County Fiscal Court voted unanimously in favor of an aggressive $9,946,839 budget for the upcoming year at Tuesday morning’s regular May meeting. Judge Executive Phillip Carter admitted that much of the budget depends on state and federal decisions relating to the Ice Storm and Covid relief.

Nonetheless the budget shows the county is growing, up from a $7,569,005 total for 2021, to a staggering $2.3 million raise for the current year. County Treasurer Sabrina Cantrell said the new budget is “optimistic”  but doable if the funding they have been promised comes through. 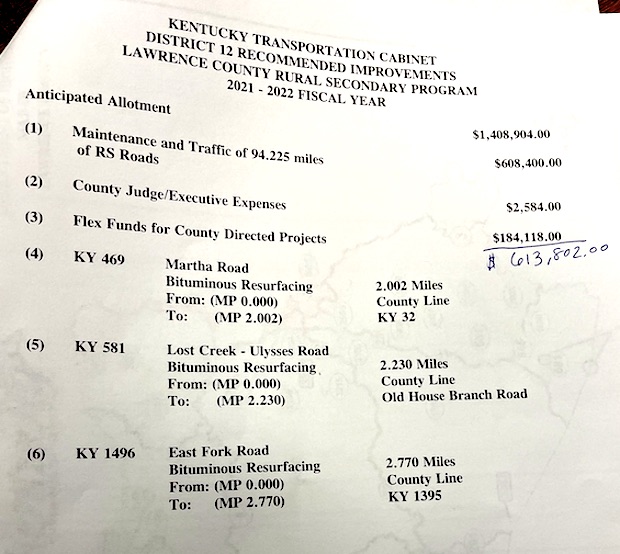 The question was asked about the status of the new lease contract with Sullivan University which was tentatively approved at the last meeting. County Attorney Mike Hogan said he is working on the language of the new contract and will have it ready soon.

The same question was asked about the lease contract to the universal church the county owns but has been renting to a group for nearly ten years. None of the court members said they have seen the lease and Hogan said he will produce one at the next meeting.