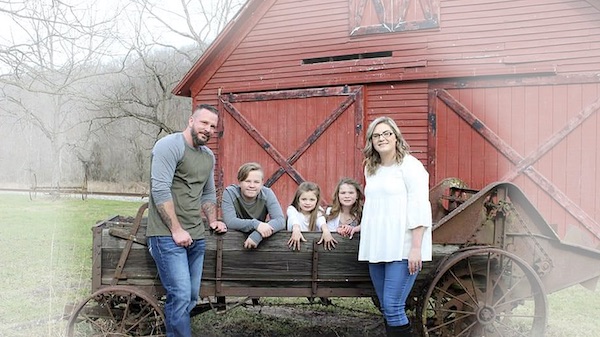 “Trauma was my gateway drug,” says Theresa Lafeve, reflecting on her difficult, but inspiring,
journey to recovery.

At a young age, Theresa found herself turning to recreational substance use to cope with
childhood trauma — a decision that would lead her to an almost eight-year battle with a
substance use disorder.

But today, with a little over three years of recovery under her belt, Theresa can see the light at
the end of what has been a very long tunnel. She’s sharing her story — one of hitting rock
bottom and one of hope — to inspire others and let them know that it is possible to rebuild
your life and find purpose after addiction.

Theresa’s substance use as a teenager eventually led to more dangerous and addictive drugs.
And in 2016, homeless and living out of her car, she experienced every mother’s worst
nightmare: she lost custody of her children who were just 2 and 4.

In the months and years that followed, she ran from the court system as she continued to
struggle with addiction and eventually was arrested. With a five-year prison sentence staring
her in the face, she knew she needed to make a change and seek treatment.

Theresa did what so many of us do in those situations where you don’t know where else to
turn: she called her mom, who had struggled with addiction herself. With her mom’s support,
Theresa completed an outpatient treatment program in Letcher County and was doing well.
During this time, she hired a lawyer so that she could start fighting for custody of her children,
and she also met the man who she would eventually marry. Despite the great progress she had
been making and her wish to be reunited with her children, she and her boyfriend both
relapsed.

Fortunately, they both had one goal in mind: long-term recovery. And they were committed to
doing it together. They both were welcomed with open arms at Addiction Recovery Care, where
Theresa completed the inpatient program at Karen’s Place in Louisa. Thanks to the care and
support she received, she was able to find the purpose and meaning she needed to rebuild her
life and start to rekindle her relationship with her daughters once again.

Theresa and her now-husband both share the same recovery date and work full-time for ARC in
support of others living with substance use disorders. But even better, at the end of April, she
achieved her goal: getting back full custody of her kids! Her girls, now ages 7 and 9, will be
coming home to Theresa and her husband at the end of May, and their family will be reunited
for good.

Her road to recovery wasn’t linear or without barriers, but today, Theresa is a true example of
what recovery looks like. Despite the challenges she faced in her past, she now gets to be a
loving mother and wife, while using her powerful story of an 8-year battle with addiction to
inspire and provide hope to other women and mothers in the throes of substance use disorder.