SOFTBALL DAWGS HAVE WON TEN OUT OF ELEVEN GAMES

The Dawgs have won ten out of eleven games since April 26th.

#3 Taylor Blevins who is a seventh grader threw a complete game six hitter allowing three runs and struck out four Lions to get the win. 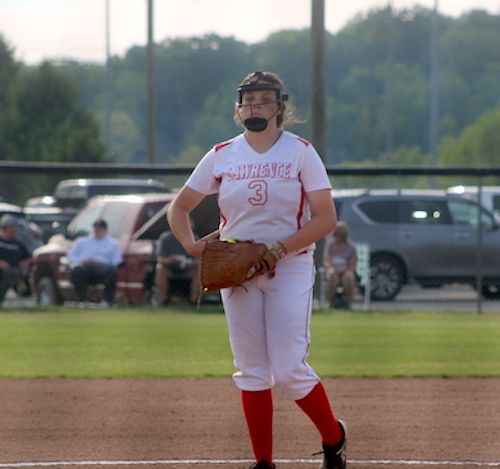 Feltner finished with five RBIs including her ninth home run of the year and had two hits, Nelson hit her second homer, doubled and drove in two runs, Dani Crum and Taylor Blevins singled and drove in a run each, Savannah Wright added a double, Bree Jones, Ella Fitzpatrick, Allie Triplett and Shelby Blevins all singled, Jaylee Maxie and Camber Maxie-Stepp both scored a run.

Kensley Feltner hit a grand slam and Abby Nelson smashed a solo shot in the win over Boyd Co. 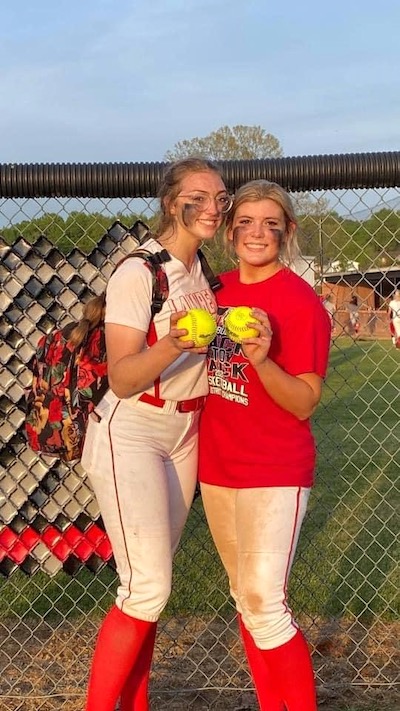 Dani Crum homered for the ninth time this year and added two singles and drove in two runs but it wasn’t enough as the Bulldogs suffered their first loss in eight games.

Taylor Blevins was victorious in the circle throwing a complete game six hitter and allowed two runs while striking out four Tigers.

Kensley Feltner and Dani Crum hit back to back home runs in the sixth inning to put the game out of reach. Crum collected three hits and drove in three runs and Feltner drove in two runs while collecting three hits, Ella Fitzpatrick doubled, Shelby Blevins singled and drove in a run, Kaitlyn Meddings also singled,

Ella Fitzpatrick waits on a pitch against Boyd Co. Tuesday. 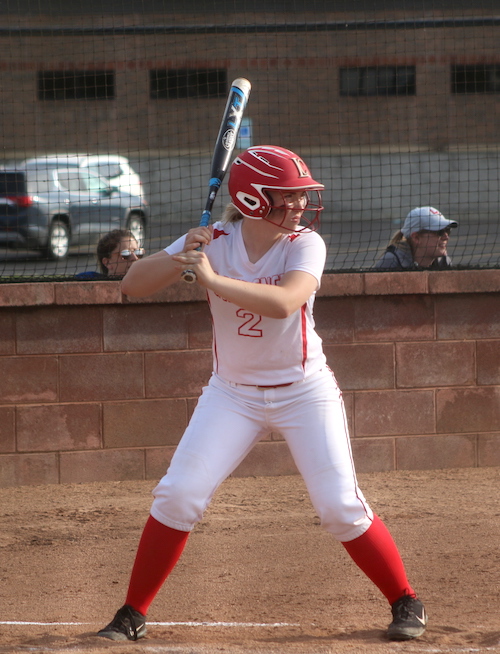 Taylor Blevins picked up the win in the circle going five innings, allowing one earned run, give up five hits and struck out three Wildcats. 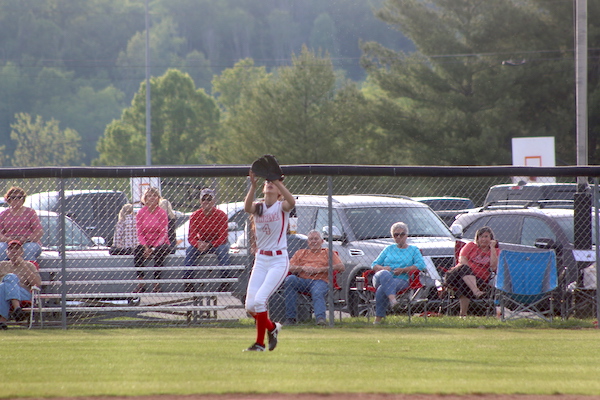 The Bulldogs will return to action with a trip to Wolfe Co. on Thursday and will travel to Morehead to face Rowan Co. Saturday afternoon.

“… Was a good win over Shelby Valley a team that got us early in the year! This team seems to need something to play for. I like that in them. They are a scrappy bunch that’s for sure. Bree Jones had 3 hits and 4 rbis, Abby Nelson has been on fire at the plate with 3 hits. It’s good to see Savanna Wright getting back in the swing of things after returning from a ACL she tore last summer. Shelby Blevins was on base all night. Gotta keep grinding and not lose that edge.”

“… It’s always good to play at Home after all the road games we have had recently. Paintsville has improved a bunch this season and we were in a fight until Kensley Feltner and Dani Crum went back to back driving the ball out of the park. Close games are fun and this was one of those. Always fun coaching against Randy. Taylor Blevins done a great job in the circle . She scatter what hits they got. Taylor has really coming on. Ella Fitzpatrick had two key hits as well.”

“… Pike Central seems to have our number this year. Played us close the last time at home and they out lasted us that night. We hit the ball but just couldn’t get the hits with runners in scoring position. Our defense was less than desirable and you can’t win with 6 errors. This ended a 8 game winning streak that could be the longest in school history. I know it is since 2008. Hate that for the team but it’s good to get hit in the mouth sometimes, keeps you humble.”

“… What a game against Boyd Co. Abby Nelson has continued to be hot at the plate. She got her one tonight that she liked and drove it over the right center fence. Sees seeing the ball well to go with that pitch. Its was close in the bottom of the 6th (3-1) when we loaded the bases and Feltner hits a rocket over the left center fence. I think this was her first career slam. I also think this may be the only time that I have had a lineup that every player had a hit in the same game. What a way to bounce back after the PCC game.”

LCHS GRADUATION FRIDAY NIGHT IS OUTSIDE -- AND MASKS ARE 'OPTIONAL'