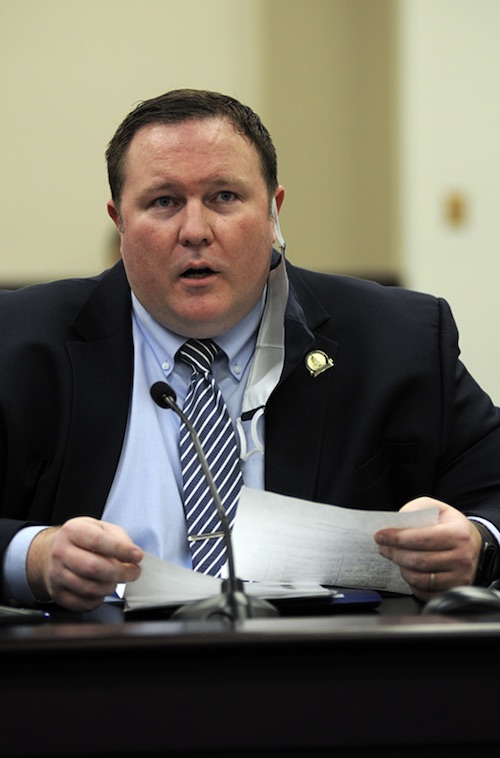 Why do Kentuckians wait while states like New York and California move forward with reopening plans? All eyes are on legal challenge to reopening, emergency powers legislation

As states across our nation announce plans to shed pandemic-related requirements, I have received a number of phone calls, emails, and messages from folks who want to know why Kentucky has not. Some folks even ask why the legislation we passed to require our state to reopen has not taken effect. Sadly, the answer is pretty simple – the Governor is suing to prevent it.

It is no surprise that the Governor dislikes the bills since he vetoed them in January. However, it is frustrating he would refuse to accept the will of the people even after those vetoes were overwhelmingly overridden by the legislature in February. Instead of faithfully enforcing the laws, he chose to tie the measures up in court. The Kentucky Supreme Court will wait until June 10 – two months after it accepted the case and four months after the suits were filed – to hear the Governor’s lawsuit. As neighboring states and places like California and New York dial back their requirements, Kentuckians wait as all eyes are on the seven elected members of the Kentucky Supreme Court. The Supreme Court ruled in favor of the Governor last fall, but we used that ruling to guide the development of these bills to ensure what we passed could withstand a court challenge.

The Supreme Court will consider HB 1, legislation that provides direction to help businesses, schools, nonprofits, and other organizations remain safely open throughout the rest of this pandemic. We also made permanent changes to how our state approaches emergencies. We limited executive orders issued during a state of emergency to 30 days unless extended by the legislature and required the attorney general’s permission to suspend a statute during a state of emergency (SB 1). In addition, we passed SB 2 to prevent the executive branch – including unelected appointees – from using the regulatory process to make laws.

Both SB 1 and SB 2 provide the ability to respond quickly to an emergency while preventing a governor from overstepping his or her authority. Whether or not you agree with how the current governor handled this pandemic, our Kentucky Constitution grants each branch of government separate, limited powers. The legislative branch enacts laws and crafts a budget, the executive branch implements the laws, and the judicial branch interprets them. Our government works best when no branch overreaches into another’s area.

Before I conclude, I want to share some good news. One of the top three credit rating agencies announced last week that Kentucky’s financial outlook would change from a “negative” rating to a “stable” rating. Credit ratings are important because they measure our state’s financial well-being. The announcement from Fitch Ratings is a sign that the conservative policies we passed this session – particularly the budget and our investment of federal COVID-relief funds – are right for our Commonwealth.

Of course, our work is far from done. While stable is good news, we still have to navigate a dangerous economy as too many of our friends and neighbors remain unemployed while others struggle to keep their businesses open. We must be realistic and act carefully in the weeks and months to come.

Thanks for taking the time to read this week’s update. I can be reached through the toll-free message line in Frankfort at 1-800-372-7181 or by email at Patrick.Flannery@lrc.ky.gov. If you would like more information about any of these bills or legislative actions, you can also visit the Legislative Research Commission website at legislature.ky.gov.