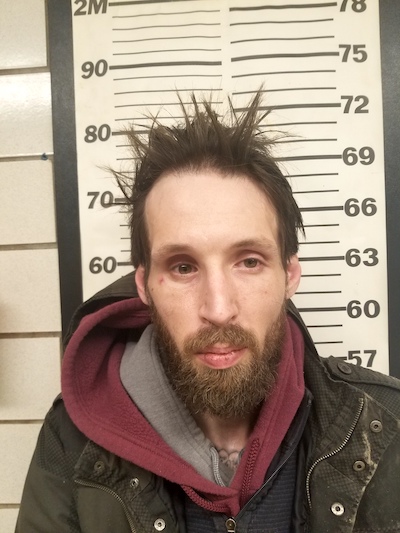 Sheriff Rick Thompson stated that a suspect was arrested today by the Wayne County Sheriff Drug Enforcement Unit after a vehicle pursuit.

The pursuit occurred on Jennies Creek Road in Crum. The suspect fled on an ATV after a traffic stop was initiated. The suspect fled in a reckless manner until the Wayne County Sheriff Drug Enforcement Unit was able to box the suspect in. After the suspects atv was blocked in he then fled on foot down a gravel road.  The suspect was taken into custody after a short foot pursuit.

James ‘Jimmy John’ Muncy is charged with Felony Fleeing in a vehicle, fleeing on foot, Possession with Intent to Deliver, and Pseudoephedrine Altered.