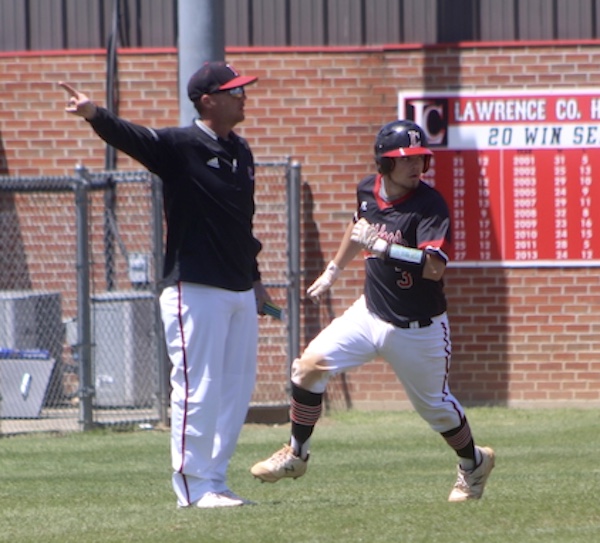 The Bulldogs rallied from a 7-1 deficit to defeat the Tomcats.

Ethan Whitt waits on a pitch in the Bulldogs doubleheader sweep of Ashland Saturday. 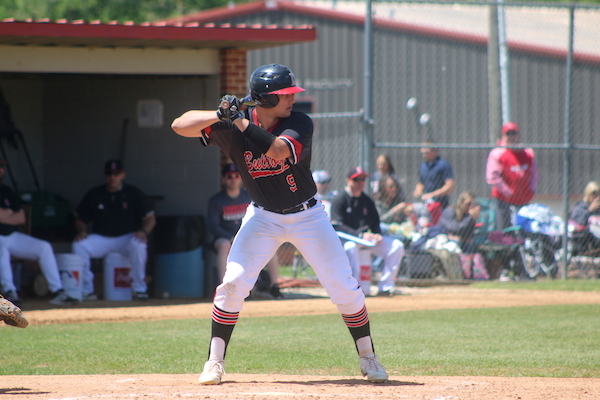 Jake Derifield picked up the win in relief of Talon Pollack throwing five innings, gave up one earned run and allowed three hits, he also had two hits, spruce in two and scored a run to help his cause.

Will Lafferty throws a pitch against Ashland in game two versus Ashland at Randy Keeton Field. 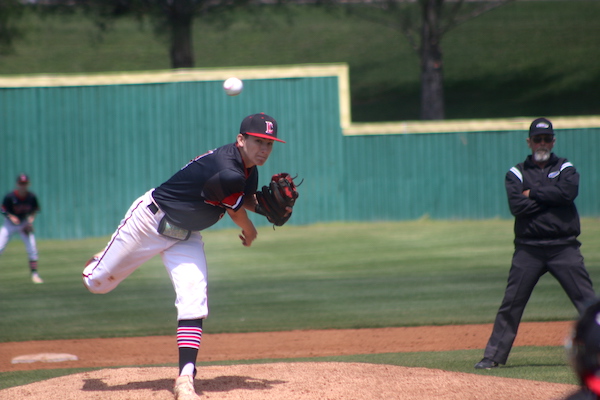 Will Lafferty was outstanding on the mound to get the victory for the Dawgs, he went five innings, allowed one earned run, struck out four and only gave up three hits.

Jacob Fletcher pitched one inning and allowed one hit to close it out.

Mason Preston coming back to first after he singled against AshlandLawrence Co. 11 Estill Co. 1 ( Friday ) 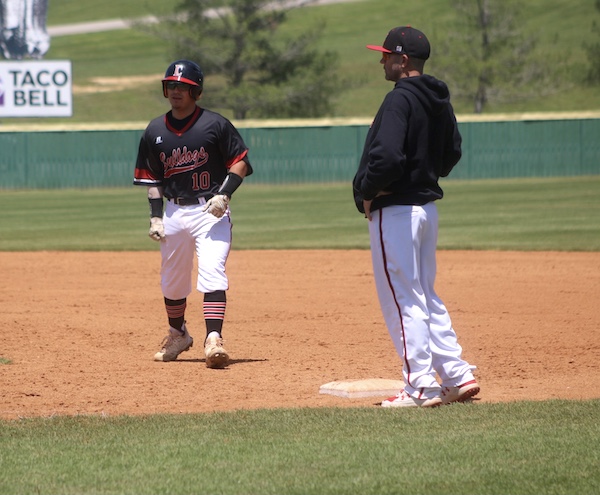 The Dawgs cruised to a mercy shortened five inning victory behind Bryce Blevins who threw a complete game three hitter and struck out nine Engineers at Montgomery Co. High School.

Blue Fletcher was magnificent on the hill to get the road victory over the Red Devils.

Jacob Fletcher provided the offense for the Bulldogs with two hits and one RBI, Will Lafferty and Nick Collinsworth each crossed the plate for Lawrence Co.

The Dawgs will hit the road on Tuesday for a battle of the top two teams in the 15th Region with a contest at Paintsville who is 20-3 on the year.

Bryce Blevins stretches out to catch the ball on a nice defensive play by Jacob Fletcher versus Ashland. 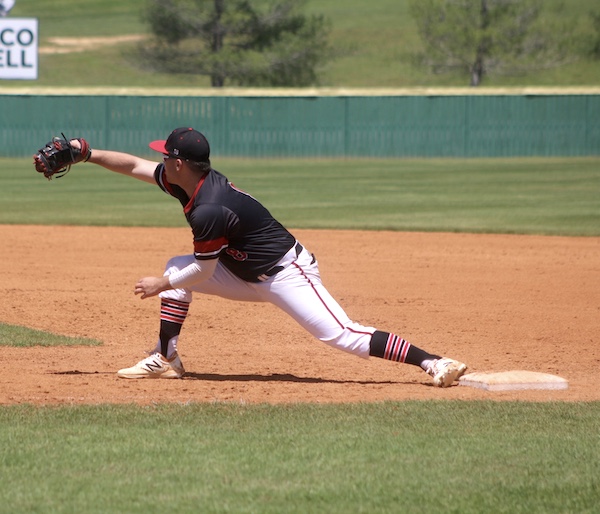 “… Played well in the Doubleheader sweep of Ashland after the first couple innings of game one. We thought Talon Pollock might be rusty since he hasn’t thrown in a while but I thought he battled, Ethan Whitt and Jacob Fletcher continued to kill the baseball.”

“… Will Lafferty was good in game two and Abner Collinsworth went 4-4 to get us going offensively.”

“… On Friday night Bryce Blevins was really good in some tough weather to pitch in. He consistently pounded the strike zone and they didn’t get many good swings at the plate.”

“… Jacob Fletcher went through a little bit of a dry spell early in the season but the last few weeks he has been on a tear and his second hit to drive in what turned out to be the game winning run was huge against Russell in a tight ballgame.”

“… Blue Fletcher is a fierce competitor. He is actually a catcher by trade. He bowed his neck to get out of a couple tough situations at Russell on Thursday. He gave us a chance to win and that is what we ask of our pitchers.”

Every Dog Has It’s Day: The Story of Your Favorite, Dog Themed, Café