Bulldog Softball winners of five out of six, undefeated in 58th District action 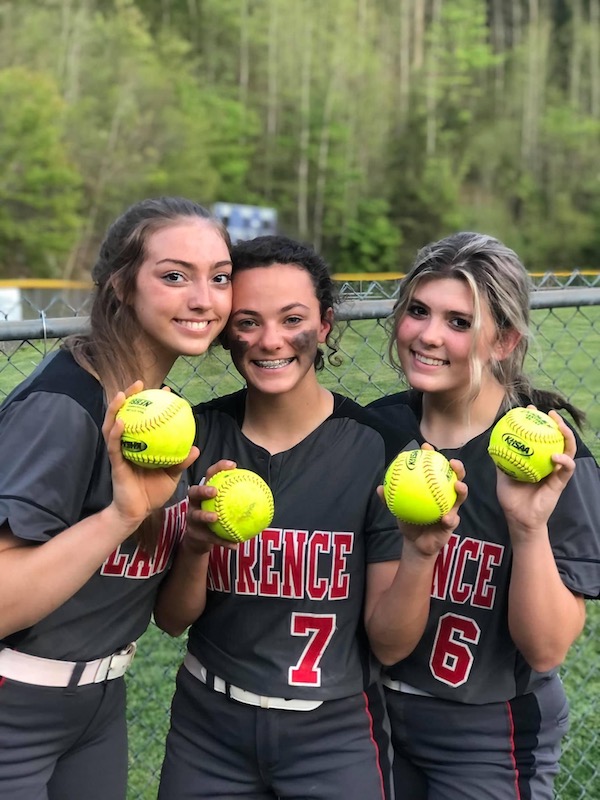 Lawrence Co. finished up 58th District action at 6-0 and will be the #1 seed in the postseason tournament.

Dani Crum hit two homers, doubled, tripled and drove in eight runs in the victory over Betsy Layne on Monday.

Shelby Blevins pitched two innings to get the win.

The Dawgs completed District play undefeated after routing the Jaguars in three innings behind Taylor Blevins who pitched a complete game one hitter.

7th Grader Taylor Blevins fires a pitch in a recent home game for the Bulldogs. 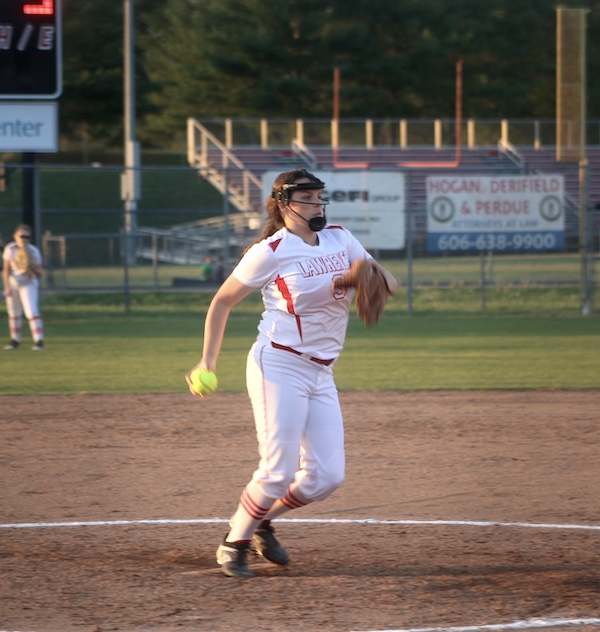 The Dawgs made a few costly errors and lost on the road to the Red Devils.

The Dawgs had eleven hits led by Kensley Feltner with three including a home run and drove in four runs, Bree Jones, Allie Triplett and Dani Crum had two each, Shelby Blevins and Abby Nelson one hit each.

Triplett suffered the loss in the circle for Lawrence Co.

Allie Triplett threw a complete game four hitter to pick up the road win in the circle.

The Dawgs beat the Hawks at home behind Taylor Blevins who picked up the win in the circle. 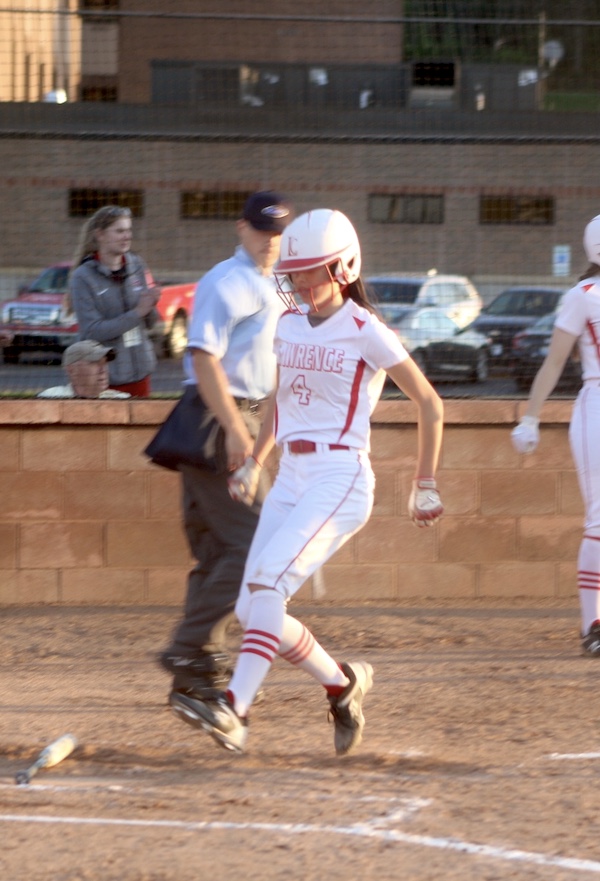 Shelby Blevins threw a three inning no hitter to pick up the home District win over the Bobcats.

Lawrence Co. will return to action on Monday with a road trip to Letcher Co. Central.

“… Undefeated in District play at 6-0 and overall we have been playing some good ball plus we are putting teams away early. We gave one away at Russell with some untimely errors. Good win at Ashland with Allie Triplett throwing a four hitter. At Betsy Layne we hit four homers and made the pitcher pay the price for leaving pitches over the middle of the plate.”

GROWING UP IN LOUISA: Scary Movies