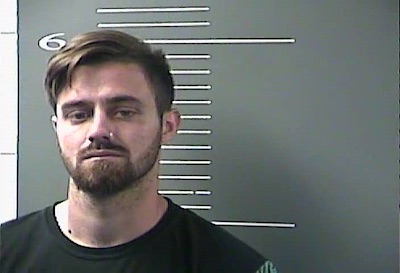 TIMMY MULLETT, 24, OF TOMAHAWK, KENTUCKY; WAS ARRESTED BY THE KENTUCKY STATE POLICE, AND WAS CHARGED WITH A MAJOR FELONY DOMESTIC VIOLENCE OFFENSE.

A Martin County man potentially faces between 5 years to up to 10 years in prison, after a woman showed up at a local hospital with facial fractures from a vicious physical attack.

According to a press release statement from the Kentucky State Police Post 9, in Pikeville, Ky., hospital staff in Paintsville called police early Sunday morning, April 25, after the female victim showed up with numerous facial injuries. She reported that Timmy Mullett 24, of Tomahawk, Ky., had shoved her to the ground and kicked her in the face.

Timmy Mullett was arrested by KSP trooper Ryan Hale at a Johnson County home later on Sunday night. Mullett reportedly admitted to officers that he and the woman had an argument, but that he denied kicking her to them.

Timmy Mullett was transported to and lodged in the Big Sandy Regional Detention Center, in Paintsville, where he is still being held late Tuesday morning.