Season ends for Tolsia in the semifinals against Tug Valley

Gavin Meadows eyes the defense before rising up for a three pointer Monday. 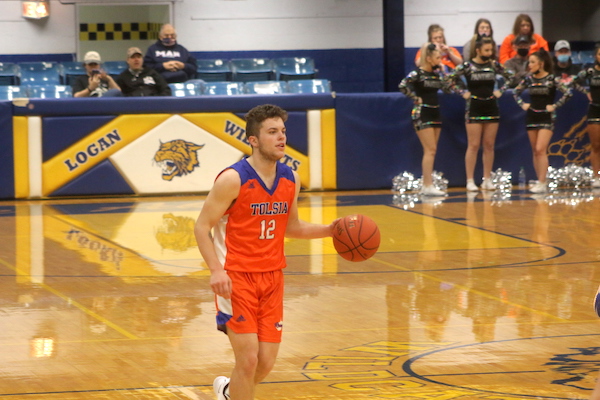 Tyler Johnson hangs in the air for a tough shot versus Tug Valley. 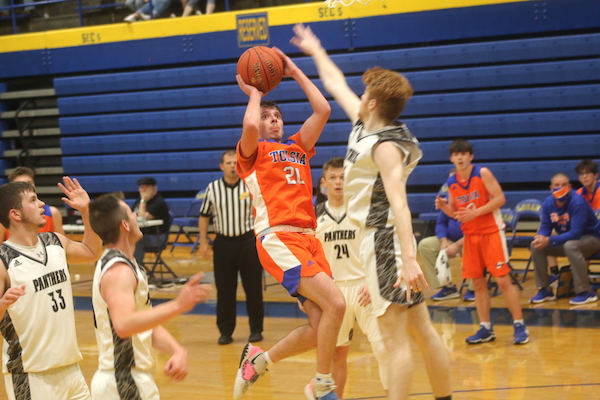 The Rebels hit 11 three pointers but only connected on 2 two point baskets and went 7 of 12 from the foul line.

Jesse Muncy surveys the court in the Rebels loss against Tug Valley. 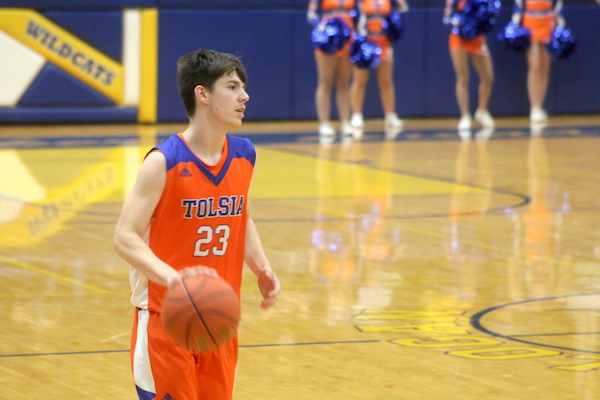 The Panthers went 11 of 13 from the foul line and hit 4 three pointers. 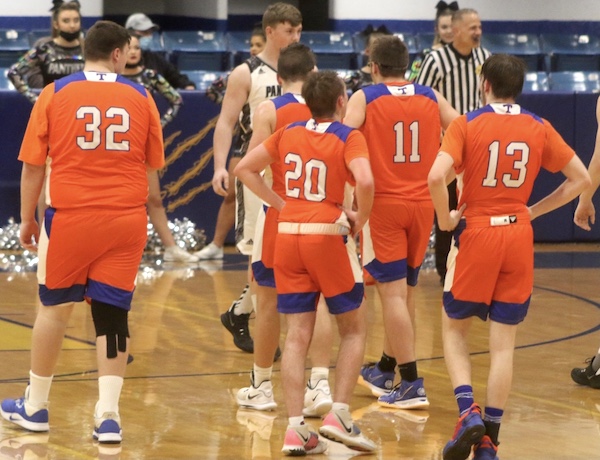 The Panthers will face #1 Man ( 12-1 ) tonight at Willie Akers Arena for the sectional championship. Both teams will advance to region play next week.

The Rebels will lose a nucleus of players that came in four years ago and won six games, as sophomores they won sixteen along with a sectional title and came within minutes of going to the state tournament, as Juniors they battled injuries and won twelve games, in a shortened season during their senior year they won ten games and had multiple others canceled.

“… We lost last night to end our season versus a good Tug Valley team. I know one thing that in the last three years both teams’ kids had class on the court competing. So congrats to them on continuing on in postseason.”

“ When I took this program on four years ago I didn’t know what I was getting in personnel of basketball players. All I knew was I started at the bottom of the coaching landscape and worked my rear end off to get an opportunity as a high school head coach. Little did I know those seniors that I cried with last night because it was over would help change the culture back of Tolsia basketball. They bought into the vision of doing things the “ Rebel Way “ They came in every day with positive energy and made it an awesome experience as a coach to want to come to the gym. There was days I had a bad day and they would say something goofy to make you laugh. I learned so much from these seniors and I appreciate what they have done on the floor. They are great basketball players but so so much better individuals. That is not just a saying it is the truth. They say Tolsia is a big family and it is the 100% truth. These are my kids who I love very much! I said last night this isn’t goodbye. I look forward to watching them all win in life! Cause that is the most important.”

Thank you to the following Seniors

Also thank you to my two assistants who are loyal as they come to me and the program!