SUSPECT ALLEGEDLY RECEIVED MORE THAN $60,000 IN DISABILITY AID DURING 54 MONTH PERIOD FOR WHICH HE WAS INELIGIBLE TO DRAW 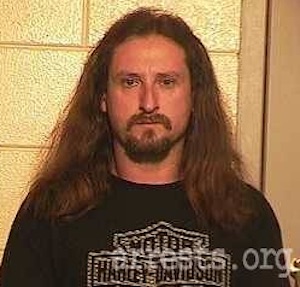 A Lawrence County man faces up to 10 years in federal prison, after being indicted for allegedly drawing disability benefits, despite continuing to work as a truck driver.

Lavern Cecil Brandt, 55, of Lowmansville, Kentucky; was indicted earlier this month by a federal grand jury in Ashland, Ky., on charges of theft of government funds, Social Security fraud and making false statements.

Lavern Brandt is accused of drawing benefits to which he was not entitled between February of 2014 and November of 2018.

If Lavern Cecil Brandt is found guilty in his trial or if were to plead guilty beforehand, in a trial, in addition to any prison sentence Brandt might receive, federal prosecutors are also seeking to force Mr. Brandt to repay the nearly $62,000 in benefits he received..

Lavern Cecil Brandt is scheduled to appear in the Ashland federal court later this month.