Johnson and Muncy hit back to back game winners to propel Tolsia over Huntington and Spring Valley; Tug Valley on deck Monday

Huntington, W. Va. — Tolsia ( 10-4 ) completed the season sweep of Wayne Co. foe Spring Valley ( 2-11 ) when Jesse Muncy sunk a three pointer as time expired to give the Rebels a 63-60 victory Thursday at the Wolves Den.

Jesse Muncy and Austin Salmons coming down the court against Spring Valley on Thursday. 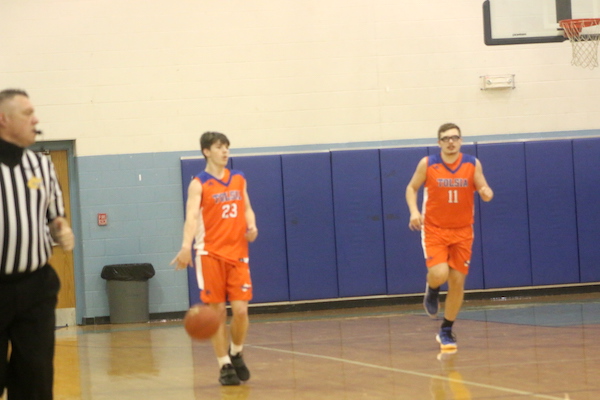 The Rebels hit 6 three pointers and went 13 of 16 from the charity stripe.

Spring Valley hit 3 three pointers and went 5 of 10 from the foul line.

Tyler Johnson eyeing the clock before heading toward the basket for his game winning shot against Huntington. 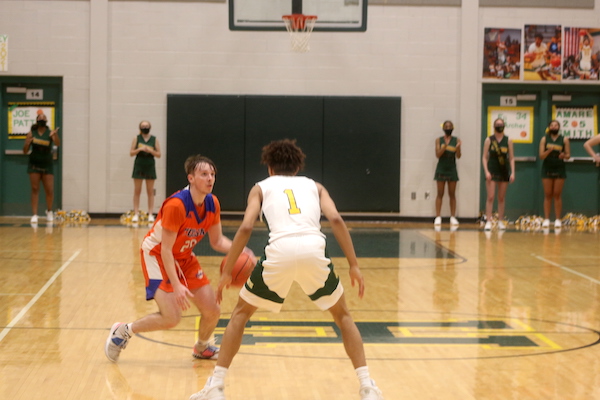 Tyler Johnson hit a runner with 1.7 seconds left to lift the Rebels to the upset victory over #3 in class 4A Huntington ( 10-3 ) on the road Wednesday.

Tolsia hit 9 three pointers and went 0 for 1 from the charity stripe. 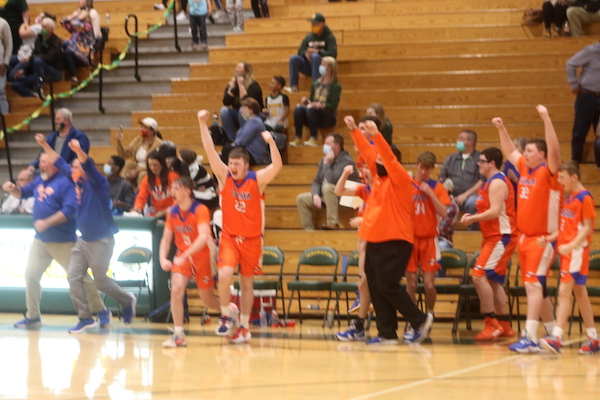 Huntington hit 3 three pointers and went 7 of 14 from the foul line.

Tolsia will be the #3 seed in Region 4 Section 1 and will play #2 seed and rival Tug Valley on Monday night at 8:00 in Logan at Willie Akers Arena.

The two teams met at Rebel Arena on March 16th with Tug Valley coming away victorious.

The Championship game is set for 7:00 on Thursday April 22nd at Willie Akers Arena.

“… I’m so proud of our guys for the way that they have played the last three games, you can see it in their face that they are mentally and physically tired but they gutted out another win tonight. We have played six games in eight days, I know I’m wore out and all I do is stand over there. Give those kids all the credit in the world for the last three days. We had a tough go of it last weekend but what a way to finish the regular season with road wins over Point Pleasant, Huntington and county foe Spring Valley.”

“…We wanted to move this game up so that we would have three days to prepare for Tug Valley on Monday night and that game should be real interesting to say the least. Our kids have really bought in after the WV HIT and refocused the energy in the program is crazy right now.”