Lady Rebels take care of Sherman to open up Postseason play, Fall to Tug Valley in the Championship game

Tolsia Head Coach Ric Morrone talks to his team during a timeout against Sherman Tuesday. 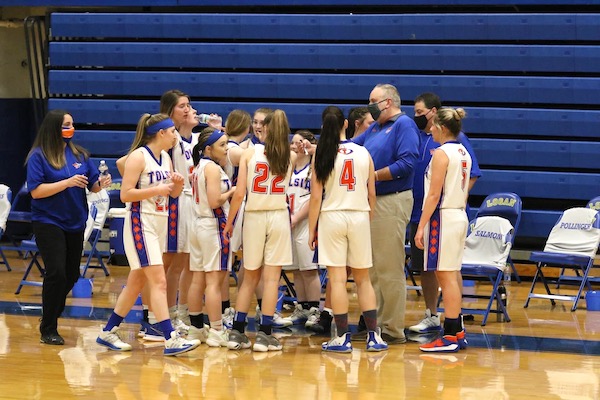 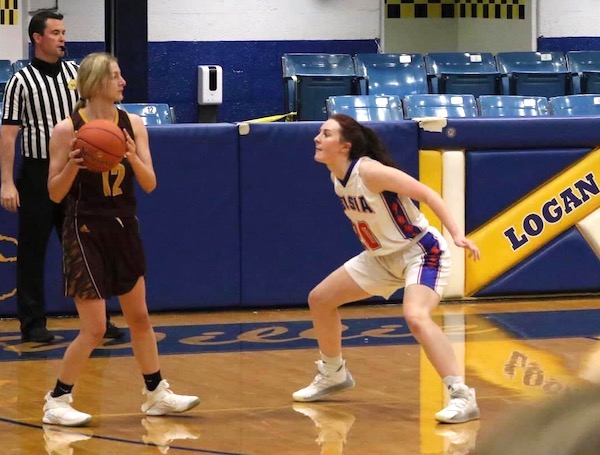 Tolsia hit four three pointers and went 8 of 16 from the charity stripe.

The Tide hit 3 three pointers and went 6 of 8 from the foul line.

Julie Boone looks to make an outlet pass after she corralled a rebound in Section play on Tuesday. 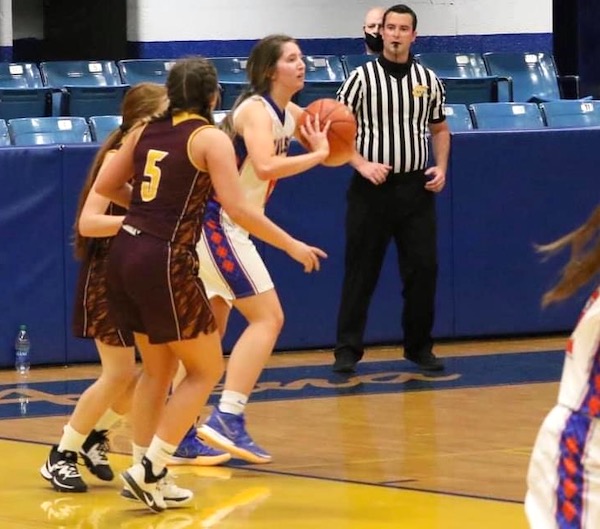 Tolsia trailed 18-4 after one quarter and 29-10 at the halftime break and never recovered.

Tolsia hit 1 three pointer and went 6 of 13 from the foul line.

The Panthers hit 3 three pointers and went 8 of 16 from the foul line.

Both teams will advance to the Region Tournament next Wednesday night.

Tolsia will play the winner of Gilmer Co./Calhoun Co. on the road.

Tug Valley will host the loser the same night.

“… Tuesday against Sherman it was a good team effort, survive and advance is name of the game this time of the year. We were sluggish in some aspects, but with time off that was to be expected.”

“… Tonight was a huge challenge for us. Tug Valley has very few weaknesses and is a very good team. We are looking forward to Regionals next week.”