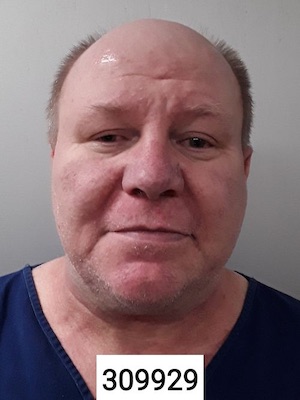 On Thursday March 25, 2021, the Kentucky Supreme Court ordered a new trial for a Lawrence County man convicted of raping, sodomizing and sexually abusing a juvenile in 2016 and 2017.

The state’s highest court reversed the conviction and 70-year prison sentence of James Franklin Gartin III., saying the jury was not properly instructed by the judge.

At the time of James Gartin’s arrest in January 2017, according to Kentucky State Police troopers who were involved in the case, James Gartin became a family friend of the victim to gain access to the child, a girl younger than 12 years old.

James Gartin argued on appeal that the jury instructions on the rape, sodomy and sexual abuse charges were “duplicative and resulted in non-unanimous verdicts,” according to the Kentucky Supreme Court.

“During deliberations, the jury asked the trial court to explain the difference between the two identically-worded sodomy instructions,” the Kentucky Supreme Court said. “The court indicated it could not do so after conferring with Gartin and the Commonwealth and instructed the jury to make its determination based on their memory of the evidence as a whole.”

The instructions did not include “necessary elements of the crimes for which Gartin stood charged,” the court said, and did not “comport with the indictment or statutory requirements as they omit the ‘continuing course of conduct’ element of KRS 501.100.”

“Prosecuting child sexual abuse cases can be extremely difficult, especially where, as here, the child cannot separate with specificity the numerous instances of abuse occurring over an extended period of time but instead describes patterns of illicit conduct,” the court wrote. “By enacting KRS 501.100, at this Court’s suggestion, the Legislature heeded the call to address this problem and thereby gave prosecutors an important option when presented with the difficulty of charging—and convicting—a person accused of multiple sexual offenses against a child or other vulnerable victim. This statutory tool was designed to avoid the very scenario presented today.”

The Lawrence County jury deliberating Gartin’s case was instructed on standard rape and sodomy counts rather than properly instructed under the statute and its continuing course of conduct requirements, the Supreme Court said.

“It is axiomatic that the trial court has a duty to prepare and give instructions to the jury on the offenses supported by the evidence introduced at trial and reject any proposed jury instructions that do not accurately reflect the law,” the Kentucky Supreme Court said. “Had the trial court but taken greater care to fulfill this duty, it is unlikely we would now be constrained to reverse Gartin’s convictions. We pause to note that although it had no absolute duty to do so, the Commonwealth could have objected to the instructions or otherwise apprised the trial court of its misstep rather than allowing it to proceed headlong into committing reversible error. Whether by design, inattention, or otherwise, it did not do so. Nevertheless, because the trial court ultimately bears the obligation to properly instruct the jury, its failure to do so has led to this unfortunate result which will undoubtedly cause the young victim to return to court to testify about and relive once again the horrible abuses she endured. This simply should not have happened.”

The Kentucky Supreme Court, in their conviction reversal and new trial ruling as part of their order, directed the judge on retrial to “instruct the jury with specificity as to each act being charged for each count of the indictment to avoid a unanimity problem.”

This reversal of James Gartin’s trial conviction in Lawrence County made the second time in the last several years that he had escaped serious child sex crime charges.

In a completely separate case, James Gartin was charged with two counts of first degree sexual abuse in a 2013 Greenup County case, in which the crimes allegedly happened in August 2009, according to Greenup County Circuit Court information. Those charges were later reduced to two counts of unlawful transaction with a minor in the second degree.

The particular method of reduction in charges, known in legal terminology as “diversion”, would have allowed James F. Gartin to avoid jail time and a criminal record. Offenders such as James Gartin must completely obey certain terms of diversion, including not getting arrested again.

James F. Gartin was tried and found guilty in Greenup County Circuit Court on October 10, 2019, and sentenced to five years in prison for the two charges, to run concurrently with each other, and with his convictions sentences out of Lawrence County.