Collinsworth hits for the cycle and drives in eight runs versus Floyd Central; Maynard plays key role in victories over Russell and FC

Louisa, Ky. — Abner Collinsworth hit for the cycle and drove in eight runs to lead Lawrence Co. ( 6-1 ) to mercy shortened 16-1 win over Floyd Central ( 1-8 ) on Monday at Randy Keeton Field. 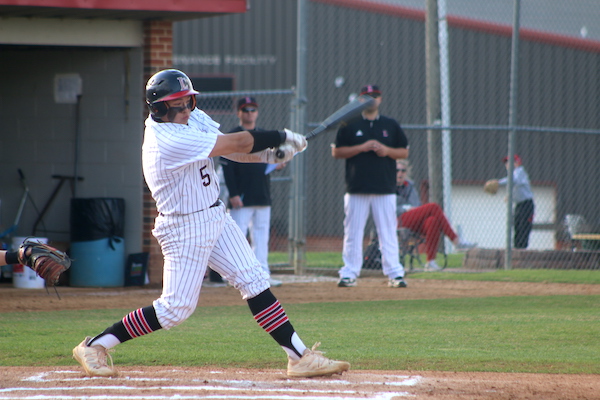 Will Lafferty went three innings and only allowed 1 hit to get the win, Talon Pollock threw a perfect fourth inning to close out the victory.

Brayden Maynard singled to leadoff the 8th inning and came around to score the eventual winning run on a passed ball to help the Dawgs move to 2-0 in 58th District action. 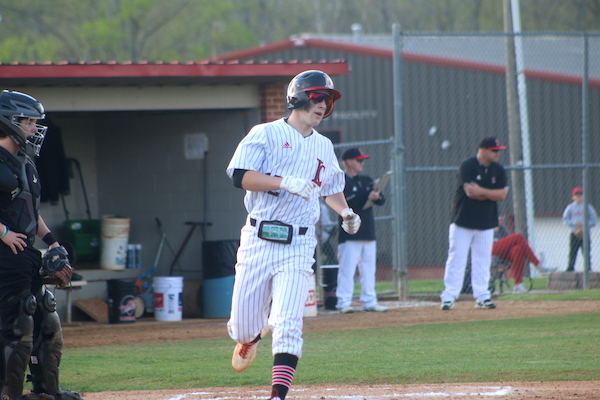 Brayden Maynard doubled in two runs in the bottom of the sixth inning and Jacob Fletcher pitched a complete game to get the victory on the mound.

Lawrence Co. will return to action on Thursday at home against Boyd Co. who is undefeated at 7-0 this season. First pitch will be 6:00.

Will Lafferty fires a pitch ‘plateward’ against Floyd Central Monday. 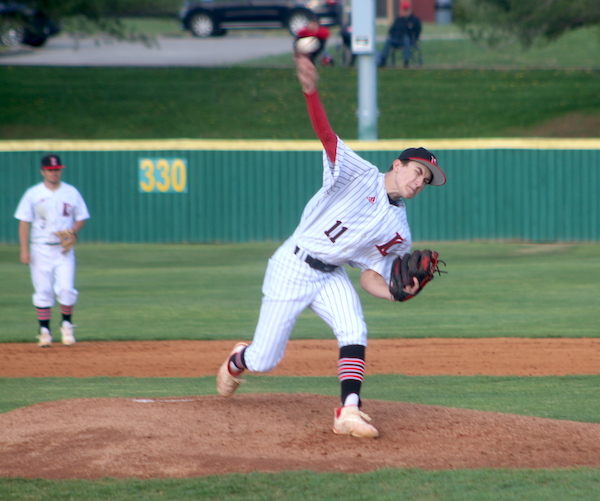 “… Against Russell it was a nice come from behind win. Jacob Fletcher stepped up and did what a senior should do. He was really good that nigh, he was commanding the strike zone with both pitches and just competed. Gave us a chance. We had some tough luck offensively seemingly all game. But finally broke through in the 5th and then Brayden Maynard stepped up with a big 2 run double in the 6th. Nice early win.”

“…Against Floyd Central we came out a little flat and worked around what could’ve been a couple of big innings for them. Got it going pretty good in the 3rd and ran away with it. Abner Collinsworth really paced the offense- hitting for the cycle and driving in 8 runs. I don’t recall ever having a player hit for the cycle (if I’m wrong I apologize to whichever former player it was). That’s one of the rarest things to happen in baseball and pretty special night for him.”