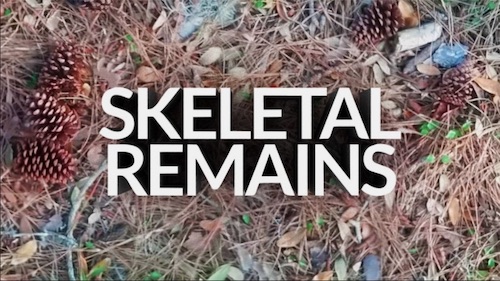 Dozens of Kentucky State Police troopers were at the scene of a residential area in Martin County Kentucky on Tuesday, April 13, due to the discovery of possible human remains during the previous evening.

The KSP Post 9 in Pikeville stated that the human bones were found in the 1500 block of South Milo Road in the Tomahawk area of Martin County.

State police troopers from Post 9 were contacted by the Martin County Sheriff Department and Martin County Coroner on Monday night.

Police Investigators said a homeowner found the remains on his property in the vicinity of his house.

Martin County County Coroner Chris Todd stated his office was called Monday night to a scene off South Milo Road in the Tomahawk community where some bones were found in a wooded area behind the residence..

Chris Todd said the remains were human. Police officials were back out at the scene during Tuesday continuing the search for more evidence in the case,

In the official press release statement by KSP Post 9 rooper Michael Coleman, who is the public information officer; he stated the following: “We have located what appears and is suspected to be human remains. Those will be sent to the State Medical Examiner’s office to determine if they’re human origin.”

“Due to the weather and the elements outside, they [the remains] have been exposed for what seems like quite some time, so it’s hard to tell where they’ve come from,” trooper Coleman said in the finishing of the statement.

The owner of the home and the residential property where the human remains were found, who was identified as Rufus Bowen, stated that his grandson and his friend were on the hunt to find arrowheads in their backyard, but what they uncovered on the big rock on the wooded backyard left them all very surprised.

“We’ve dug for arrowheads millions of times up there. Nobody dug underneath that rock until his grandson decided to,” said Rufus Bowen. “They found some bones and brought them down to us. It was quite surprising.”

Since the investigation is still in the early phases, Kentucky State Police say it’s difficult to connect clues in the case. The Kentucky State Police were collecting evidence throughout the afternoon, and then the Martin County Coroner Chris Todd will transport the human remains to the State Medical Examiner’s Office in Frankfort, Ky. for possible identification.

Collinsworth hits for the cycle and drives in eight runs versus Floyd Central; Maynard plays key role in victories over Russell and FC