LOUISA SUSPECT, WHO HAS A SIGNIFICANT CRIMINAL HISTORY, WAS ALSO WANTED ON FUGITIVE WARRANT IN OHIO 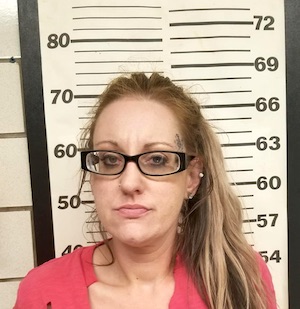 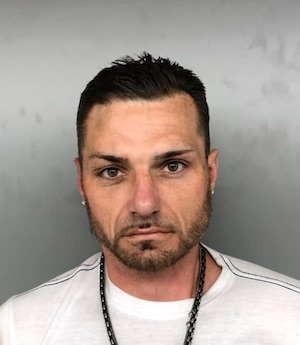 THEY RAN FROM THE LAW, BUT THE LAW WON: AMBER DAWN BALL, 33, OF PRICHARD. WEST VIRGINIA; & KENNETH ANTHONY STEPP, 36, OF LOUISA, KY., WERE ARRESTED IN WAYNE COUNTY SUNDAY EVENING APRIL 11.

A man from Lawrence County, Kentucky and a woman from Wayne County, West Virginia were arrested early Sunday evening after they led police officers on a short automobile chase after fleeing from a pulllover stop

Sheriff Thompson stated that two people were arrested after the short vehicle pursuit in Prichard.

Two bags of methamphetamine were recovered from the scene after officers say they were thrown from the vehicle before the pursuit ended. A bag of Methamphetamine and Crack Cocaine were discovered in the driver compartment.

Sheriff Thompson stated one suspect, who was driving the fleeing vehicle, was identified as Amber Dawn Ball, pf Prichard, West Virginia, who just turned 33 the gay before on April 10

The second suspect in the vehicle who was the passenger, was identified as Kenneth Anthony Stepp, 36, of Louisa, Kentucky; as he was arrested by the West Virginia State Police as a fugitive on a warrant from Adams County, Ohio; where he faces an intentional felony aasault charge from 2019.

Amber Ball also has gotten into legal trouble very recently in Ohio, as she was arrested last month on March 12 in Ross County, Ohio; where she was charged with: *POSSESSING DRUG ABUSE INSTRUMENTS: I*LLEGAL USE OR POSSESSION OF DRUG PARAPHERNALIA. Amber Ball was out jail there after posting ten percent of a $3500 bond on the two charges.

Amber Ball is a convicted felon, as she has been arrested at least ten times since January 2013 starting one in Boyd County, and all the others since November 2016, with four arrests in Carter County, once arrest each in Boyd County, Bourboun County, Simpson County, Christian County, and Crittenden County. Amber Ball served seveal months in state prison in 2018 for violating her probation from Carter County.

Kenneth Stepp has had a much more severe criminal past, as he is a persistent felony offender, as he has been arrested at least 39 times since July 2002, in at least eight Kentucky counties, on over 80 various charges. Stepp was also arrested in Cabell County, West Virginia in August 2020, on a fugitive warrant from his native Lawrence County.