Alloie Triplett gets the win in the circle after stellar performance

Louisa, Ky. — Freshman Danielle Crum hit a two run homer in the 8th inning to propel Lawrence Co. ( 3-2 ) to a 5-4 victory over the number one team in the state of Kentucky, Warren East ( 5-2 ), Wednesday evening.

Danielle Crum is all smiles after her 8th inning home run beats the #1 team in the state Warren East. 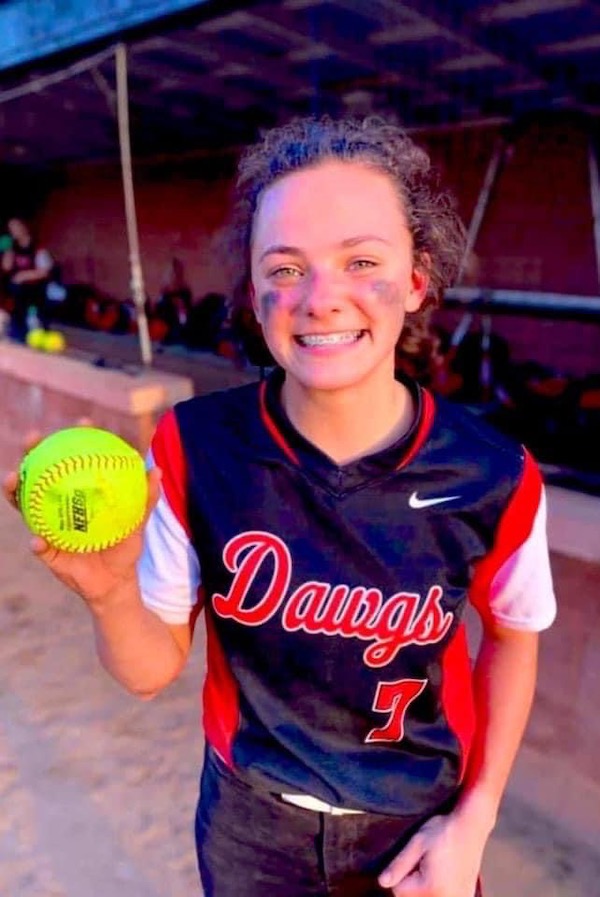 Allie Triplett fires a strike against Warren East on Wednesday. 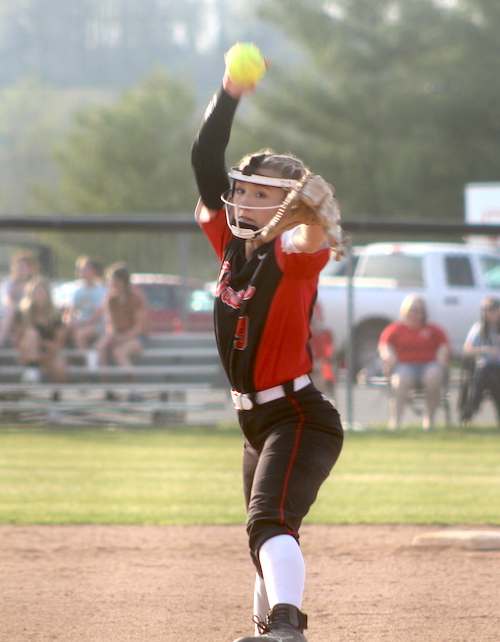 Kensley Feltner hit her second home run of the year in the first inning as Lawrence Co. jumped out to a 2-0 lead. 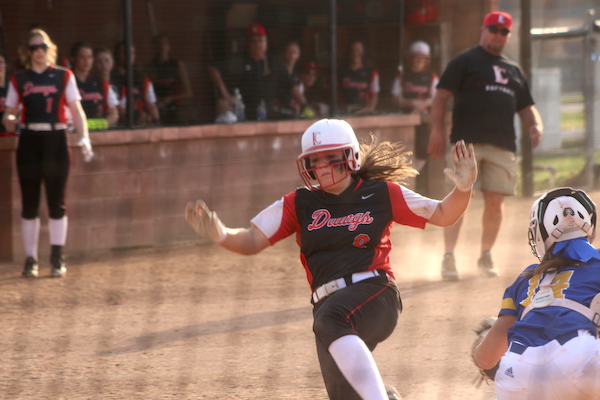 Warren East scored a run in the third inning to cut the lead in half at 2-1.

Lawrence Co. scored a single run in the fourth before Warren East tied it at 3 and the game went to extra innings. The Raiders scored in the top of 8th to take their first lead of the game 4-3 before Crum won the game in the bottom half with a two run bomb with Gracie Preece on third.

Lawrence Co. will return to action tonight at home against Belfry at 6:00 then travel to Magoffin Co. to face Rowan Co. at 2:00 and the host Hornets at 4:00.

“… Very proud of this bunch. Been calling them babies all year and they definitely grew up a little tonight. I have been telling them for a couple weeks that this could really be a huge moment for them. They stepped up big time tonight. They about gave this old man a heart attack in the 7th losing the lead on easy plays, but man did they deliver in the bottom of the 8th. Been at this a few years now and this is only the second time we have had a chance to lace them up with the #1 team in KY. We Lost the other one in 2008 by 1 run.”

“… Dani Crum clutched up and hit a bomb! No doubt, when she hit it l lifted both hands and never watched! Allie Triplett pitched a great game! Kept them off balance all night. Can’t shake that kid. Nerves of steel. Bree Jones has been really solid all year. Feltner set the tone, first pitch she saw she smashed it.”