SLONE NAMED BY GOVERNOR TO REPLACE DAVIS AS JUDGE/EXEC IN MARTIN CO.

FRANKFORT, Ky. — Martin County has a new leader after two weeks with nobody with the reins.

Davis, a Republican serving his first term,  gave no reason for leaving the job, but his assistant Steve Goble left abruptly for Texas the week before — leaving Davis with an uphill battle to keep up with all Martin County business and he said-no and left…

It it unusual for a Democrat to appoint a Republican to any position, so the confidence in Slone is clear.

Slone will serve until a new judge is elected during a special election in November 2022. 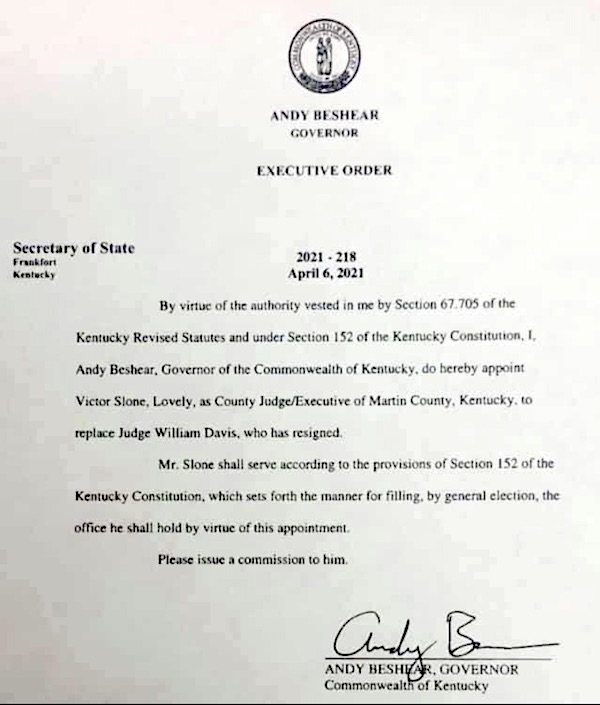