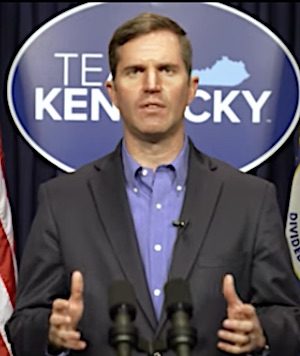 “Like many other states across the country, Kentucky has seen a surge in fraudulent unemployment insurance claims,” Gov. Beshear said. “This task force will bring together the needed resources to combat this scourge.”

During the current pandemic, the entire United States has seen an increase in fraudulent claims for unemployment insurance. To date more than $63 billion in fraudulent benefits has been paid nationwide. This fraud is complex and requires a multi-agency, multi-jurisdictional response. The implementation of the task force is designed to address the unique challenges presented.

Task force members appointed by the Governor include:

In an ongoing effort to address the high volume of fraud in claims in Kentucky, the Office of Unemployment Insurance (OUI) has added a new welcome screen to the claimant website with a more secure login. OUI has also updated the fraud form to report identity theft on the site, entered into a new partnership with ID.me, implemented reCaptcha and adopted new measures for out-of-state Pandemic Unemployment Assistance, putting a hold on those claims until identification can be verified.

Most recently, OUI announced Friday that it was stopping all claimants from making changes to the bank account information on file with the agency.

The move comes after OUI was made aware of claimants reporting unauthorized changes to their bank accounts in recent days. In this newest form, the fraudulent activity occurs when criminals exploit unsophisticated PIN numbers created by claimants, used in conjunction with publicly available information obtained from other sources on the Internet.

The agency will soon require new and existing claimants to create more complex PIN numbers. In addition, all new UI claimants will only be paid by paper check effective immediately.

Additionally, the U.S. Department of Labor launched a new website to educate the public about the growing problem of unemployment identity theft and provide reporting guidance for citizens in every state.