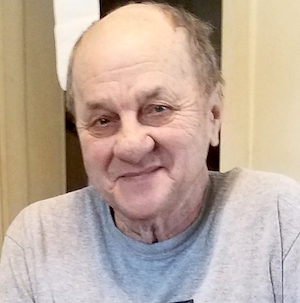 Eddie Joe Perry, 76, went to sleep in the arms of Jesus on Thursday, April 1, 2021 at King’s Daughters Medical Center in Ashland, KY.

Eddie was born September 3, 1944 in Wayne County, WV to the late Ray and Bertha (Belcher) Perry. In addition to his parents, he was preceded in death by his brothers Jerry Dale Perry, David Allen Perry, and Donnie Ray Perry and sister Carol Ann Sammons.

Eddie loved to fish and ride four wheelers. He loved to coon hunt and was a member of the Wayne County Coon Club.

The family would like to thank Cabell Huntington Home Healthcare workers Rhonda Bradshaw, Brian Massie, and Bree for the wonderful care they showed to Joe.

Funeral services will be conducted Tuesday, April 6, 2021 at 12:00 PM at the Young Funeral Home Chapel. Burial will follow in the Bean Cemetery in Prichard, WV. Friends may visit the family from 11:00 AM until time of service.

Young Funeral Home has been entrusted with the care of Mr. Perry and his family.