Gov. Andy Beshear, following the final day of the 2021 regular session, announced Kentucky lawmakers and his administration reached a bipartisan agreement on legislation that aims to create more than 14,500 new jobs and help the commonwealth lead in the post-COVID economy. 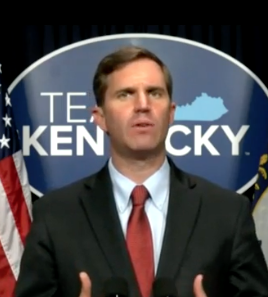 “Everyone put politics aside and agreed the right thing to do right now is to capitalize on this once-in-a-lifetime opportunity to invest in our people and our future,” Gov. Beshear said. “We have been stronger and more prepared than most to defeat COVID, and now with bipartisan support from the General Assembly, we are going to see new jobs and new opportunities that will help us sprint out of this pandemic quicker.”

The pandemic has highlighted the need for high-speed broadband for remote work, education and health care. To lead in the post-COVID economy, the Governor and Legislature sought to expand broadband with a historic investment of $300 million to support future economic growth and provide internet service far too many Kentuckians have waited far too long to receive.

The $300 million approved for broadband deployment targets unserved and underserved areas. Combined with at least 50% required matching investments, this means a minimum of $600 million will go toward broadband expansion. That is estimated to create over 10,000 direct and indirect jobs.

The Better Kentucky Recovery Fund will replace or lay new pipelines to provide clean drinking water and also improve sanitary water systems, modernizing infrastructure without raising rates while creating 3,800 to 5,800 direct and indirect jobs. The $250 million investment will be administered by the Kentucky Infrastructure Authority (KIA) and allocated in the following manner:

• $150 million will be allocated based on each county’s proportion of the state’s population, with the exception of Jefferson County’s share, which is discounted by 50% based on its high per capita allocation from the federal act.

• $50 million is available for grants to counties to provide drinking water services to unserved rural customers or to counties under a federal consent decree. The KIA shall consider social, economic and environmental benefits in determining the allocations.

The American Society of Civil Engineers in 2019 projected that Kentucky faces nearly $14.5 billion in water/wastewater infrastructure needs over the next 20 years, including over $8.2 billion in drinking water upgrades and $6.2 billion in sewer system improvements.

“The cost of maintaining aging water systems and the savings resulting from preventing water loss will be significant,” Gov. Beshear said. “These grant funds allow us to modernize infrastructure and improve water quality without raising rates for these upgrades.”

The $127 million allocated for renovating and replacing school facilities will accelerate the much-needed improvements of schools that have been designated as the highest ranked on the Department of Education’s Facilities Inventory and Classification System report.

The School Facilities Construction Commission will apply certain criteria to determine the allocations from this fund. In the legislation, the leaders also agree to direct $75 million from the General Fund to the commission to support local area vocational education center renovation costs. This funding will support building the well-trained local workforce of the future.

The bipartisan agreement also directs $575 million of the Rescue Plan funds to the repayment of a federal unemployment insurance loan. Kentucky’s current outstanding loan is $505.7 million. The allocation of $575 million will be used to repay the federal loan balance and avoid further borrowing through calendar year 2021.

The American Rescue Plan Act passed Congress and was signed into law by President Joe Biden. The act provides one-time stimulus dollars, which require no ongoing increase in costs to state governments, to rescue the American economy from the devastating economic and health effects of the COVID-19 pandemic. More than $2.4 billion was allocated to Kentucky to provide relief and create lasting positive impacts in local communities.

Reviewing details in the final version of bills

With lawmakers making substantive amendments to some legislation in the final hours of the session that ended late Tuesday, Gov. Beshear and his team will review the final version of each bill over the next 10 days, decide what is in the best interest of Kentuckians and act accordingly.

From Office of the Governor

Baseball Dawgs start the season 2-0 after not playing for 667 days, Blevins 13 K’s in the opener