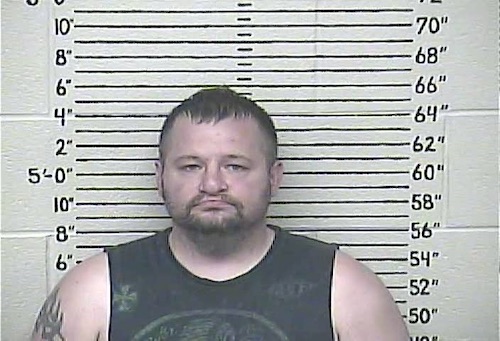 CHILD SEX SUSPECT: LONNIE GENE WILLIAMS, 35, OF OLIVE HILL, KENTUCKY; WAS ARRESTED ON CHILD SEX CHARGES AFTER HE LURED TWO YOUNG CHILDREN TO SEND HIM PICTURES OF THEM IN SEX ACTS VIA A SOCIAL MESSAGE SERVICE.

A Carter County, Kentucky man is behind bars after the Kentucky State Police say he created a fake Snapchat and got lewd pictures from two children.

KSP troopers stated that on March 28, they got a complaint of a person possibly having child pornography in his possession. After KSP investigators talked with a victim and learned about the photographs and other offenses, they spoke with the suspect, Lonnie Williams.

KSP troopers saId that is when they learned about his fake social media account.