Baseball Dawgs start the season 2-0 after not playing for 667 days, Blevins 13 K’s in the opener 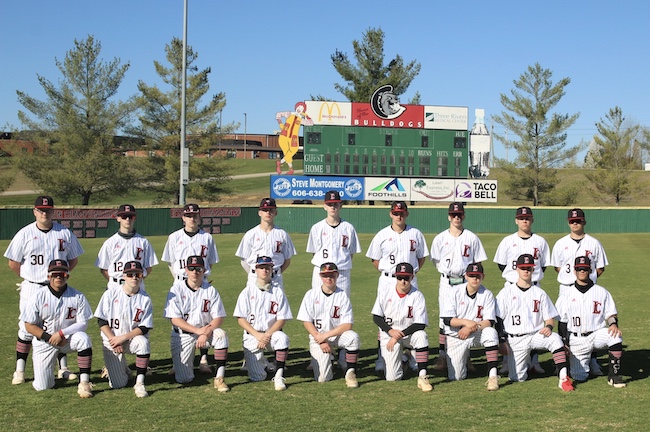 Lawrence Co. played their first game since June 1st 2019 in the State tournament after last season was cancelled because of COVID-19.

The Dawgs finished with 11 hits in the victory.

On the mound Bryce Blevins ( 1-0 ) pitched the first five innings allowing no hits, no walks and struck out 13 Pirates, he only faced 15 batters, threw 62 pitches and 52 of those were strikes.

Pollock shut out the Pirates the final two innings and only allowed one hit and one walk. 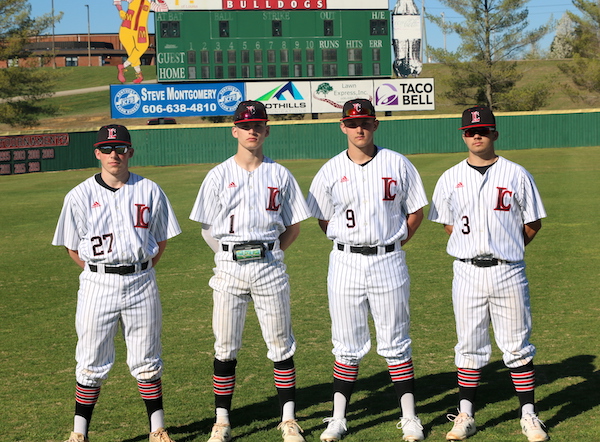 Blue Fletcher ( 1-0 ) went five innings of relief to pick up the victory. He also went 3 for 3 at the plate drove in a run and scored twice, Will Lafferty contributed three hits including a double and drove in three runs, Jacob Fletcher had two hits, two RBIs and scored twice, Bryce Blevins, Nick Collinsworth, Mason Preston, and Ethan Whitt had one hit each, Abner Collinsworth scored twice and Ryan Marcum scored once.

The Bulldogs will return to action on Saturday afternoon at 2:30 on the road versus Greenup Co. 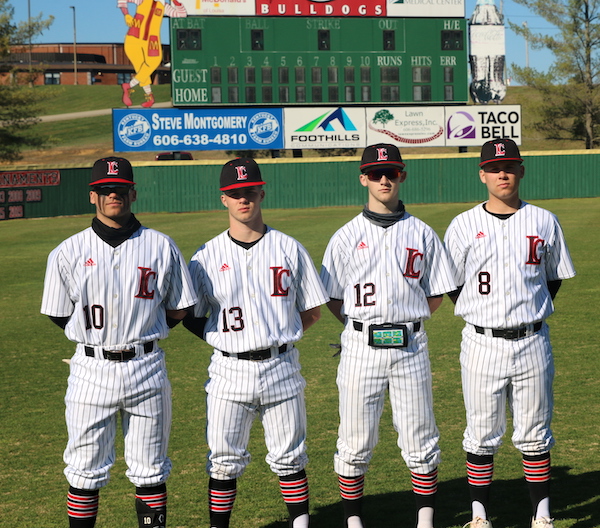 “… We were excited to back on the field after a big layoff and we played like we had been off for 600 some odd days. It’s been a whirlwind 12 months for everyone from an emotional standpoint and physical standpoint as well. Our guys have done everything that they could do for the last year to be ready. They have bought in and were super excited to take the field Monday night against Belfry.”

“… We played well Monday versus Belfry. Bryce Blevins pitched about as good as I have seen him pitch and Talon Pollock came in and pitched well too. Last night we were jacked up to go play Johnson Central whether it’s March, June or any other time it’s a big game for both teams. Neither team played particular well but we did come out with the victory. I don’t know what to expect from our guys day to day because they haven’t been there and that’s not their fault. We try to be as patient as we can be with them but at the same time with our foot on the pedal. We are trying to get them to where we want but that is a fine line as well. Overall be very pleased with their energy and fight. They could have packed it in against Johnson Central but didn’t just like Johnson Central could have and they didn’t so give both teams credit for battling till the end.”

“… We only have three guys that have put on a varsity uniform on a regular basis on our roster right now. But everybody is in the same exact boat as us around the state. Their was one kid on the lineup card for Johnson Central that we knew and I’m sure it was like that for them as well outside of Blevins and a couple others. We scrimmaged Pikeville and it was the same way. It is going to be like that all year long.”

“… We think Belfry has a chance to be pretty good they have some pieces and Bryce absolutely mowed them down from the start with 13 strikeouts and he peppered the strike zone for the beginning until the end. He was very very good. He throws like that and we will have a chance to win every game he starts. Our biggest focus and it is every year is out pitching depth, we won’t know until they get out on the mound how they are going to perform. We have had some guys step up and some guy that are a little slow right now but we are confident that they will get there in the end.”