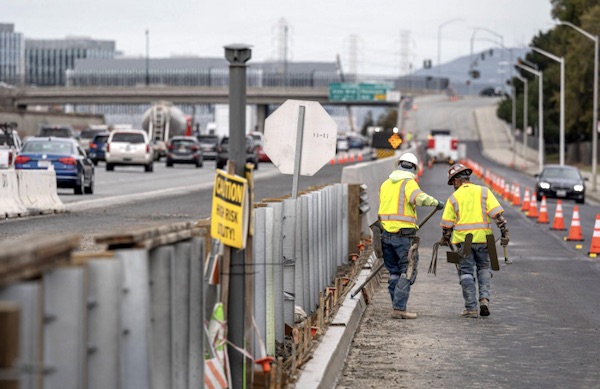 President Biden will introduce a $2.25 trillion jobs-and-infrastructure package today in Pittsburgh. More details on the American Jobs Plan will be available later—and rural interests will be looking closely to see what’s in it for them—but the broad strokes are known. Click here for a breakdown.
“Biden’s plan will include approximately $650 billion to rebuild the country’s infrastructure, such as its roads, bridges, highways and ports,” The Washington Post reports. “The plan will also include in the range of $400 billion toward home care for the elderly and the disabled, $300 billion for housing infrastructure and $300 billion to revive U.S. manufacturing.”
The plan also includes $100 billion for broadband, $100 billion for public schools, $25 billion for child-care facilities, $18 billion for veterans’ hospitals, $111 billion for water infrastructure, and $12 billion for community colleges, Alicia Parlapiano reports for The New York Times. Of the $115 billion earmarked for roads and bridges, the plan calls for modernizing 20,000 miles of roads and highways and repairing 10,000 smaller bridges. On top of the $2.25 trillion in new spending, the plan will include about $400 billion in clean-energy credits.
The eight-year plan would be paid for by 15 years of increased corporate taxes to avoid deficit spending, Jim Tankersley and Emily Cochrane report for the Times. The Republican Congress and President Trump cut the corporate tax rate from 35 percent to 21%. Biden would make it 28% and have rules meant to make multinational corporations to pay more tax on profits they earn and book overseas.

The plan “forms one part of the ‘Build Back Better’ agenda that the administration aims to introduce. [Press Secretary Jen] Psaki has said the administration within weeks will introduce a second legislative package,” the Post reports. “That second package is expected to include an expansion in health insurance coverage, an extension of the expanded child tax benefit, and paid family and medical leave, among other efforts aimed at families.”

Written by Heather Chapman Posted at 3/31/2021 11:48:00 AM
ShareTweetShareSendPinShare
Next Post