Lone Senior Ellie Webb had a great year providing three point shooting and leadership to her younger teammates this season. 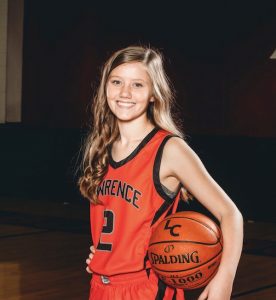 Kensley Feltner, (below) had a great sophomore campaign with averages 28.3 points, 10.6 rebounds and 8 assists per game and has scored over 2,100 points for her career. 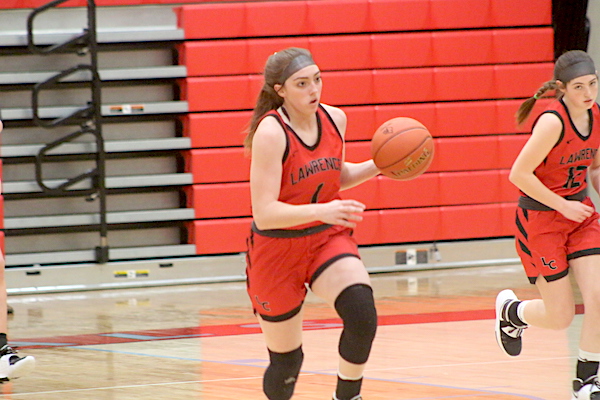 The Golden Eagles hit 7 three pointers and went 17 of 21 from the foul line. 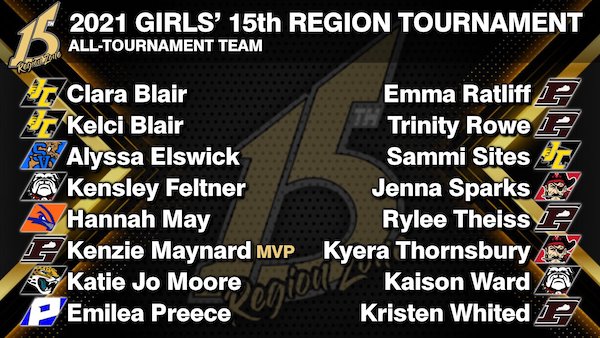 “… What an amazing season we have had. I’m so proud of the perseverance of our girls battling through a ton of adversity this season. Beyond the adversity of Covid which changed all of us we had injuries throughout the year, too. These girls battled and competed all season. They showed up everyday and gave us everything they had. This group of ladies won back to back district championships as well as made it to the final four of the regional tournament which is the first time since 2010. We’re extremely proud of our girls and have great pieces coming back next season. We’re excited for the future.”

“ I want to talk a little bit about Ellie Webb. She’s been in our program since 7th grade. We’ve watched her grow and mature throughout her career. She’s an amazing young lady who has a bright future ahead of her. She’s been a great teammate and leader for our younger girls. She will be greatly missed next season but we wish her all the best and know she’s going to do great things!”