Sophie Adkins nailing a first half three pointer in the Region Tournament. 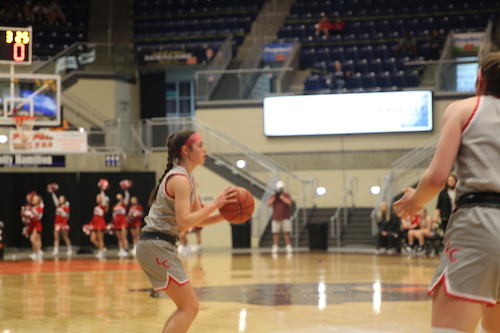 Kensley Feltner led the victors with 26 points 12 rebounds and 6 steals but struggled from the foul line hitting only 11 of 20, Kaison Ward went 10 of 13 from the field and finished with 22 points, Sophie Adkins hit 3 three pointers and tallied 15 points she also dished out 4 assists to lead the team, Emmallee Holt hit 2 three pointers and scored 8 points, Ellie Webb hit 2 three pointers for her 6 points and was also named defensive player of the game, Tyra Hammond scored 3 points and Abby Nelson chipped in with 2 points.

The Bulldogs hit 9 of 20 three point attempts and went 17 of 32 from the charity stripe.

Kaison Ward knocking down a long jumper to get the Bulldogs on the board. 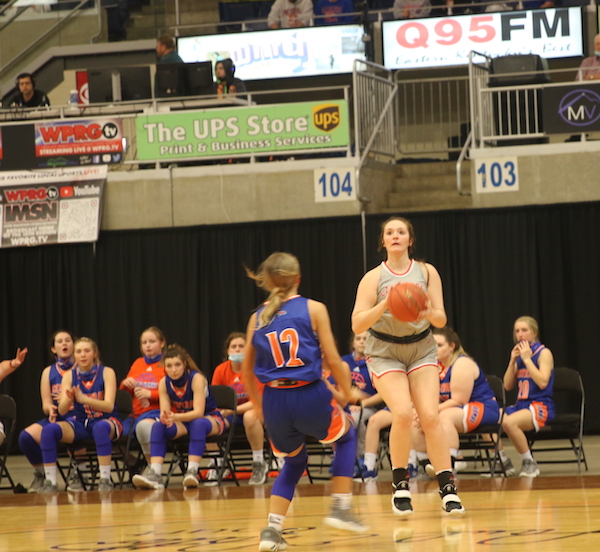 Lawrence Co. finished with 17 assists and turned the ball over 11 times. 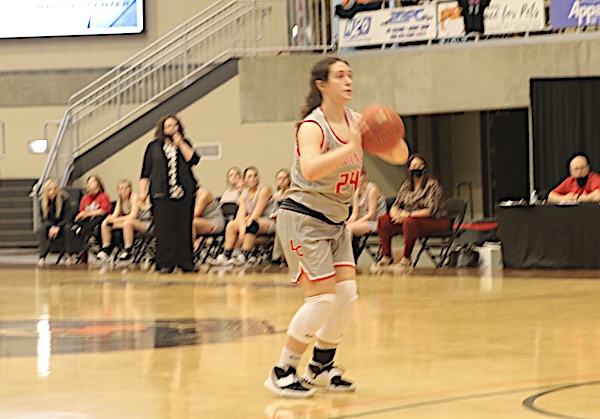 The Hawks went 6 of 17 from behind the three point line and went 15 of 18 from the charity stripe. 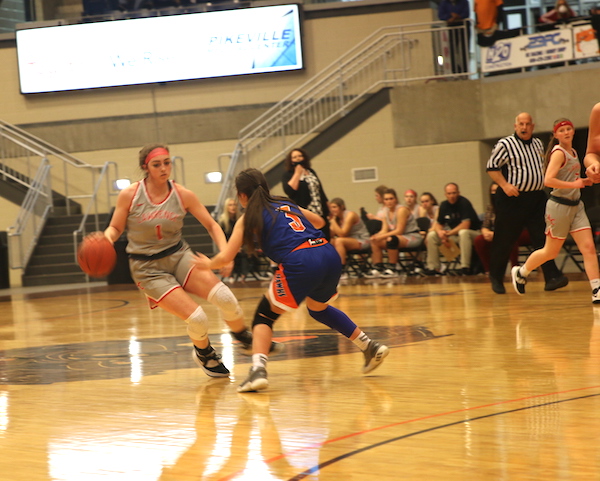 Lawrence Co. will advance to the semifinals and face Johnson Central ( 21-4 ) at 4:00 Saturday afternoon after the Golden Eagles beat Shelby Valley 50-39 in the first game Thursday.

The Championship game is slated for Monday night at 7:00.

“… We scored 82 points and that is great, I thought offensively we shared the basketball and moved it well. We were bad from the free throw line as well but we were really bad on the defensive end of the court. But we gave up 67 points, not rebounding the basketball, they beat us to every 50-50 ball and did all of the little things better. We have to clean up all of those if we want to have a chance Saturday afternoon against Johnson Central. It could get ugly.”

“… Offensively I have no complaints at all. Not sure we could have played any better. We had four girls with 3 or more assists and end up with 17 total. We talked about winning each possession and getting a good shot. I thought we did that but on defense we gave up too many offensive rebounds and extra possessions.”

“…The two previous meetings they hit 31 three pointers combined so we have to do a better job of containing that and I think we will. We will get back to practice on Friday and work on some stuff to get ready for the Semifinals.”

GROWING UP IN LOUISA: Palm Sunday